UPDATED: Here’s Some Stupid To Start Your Day 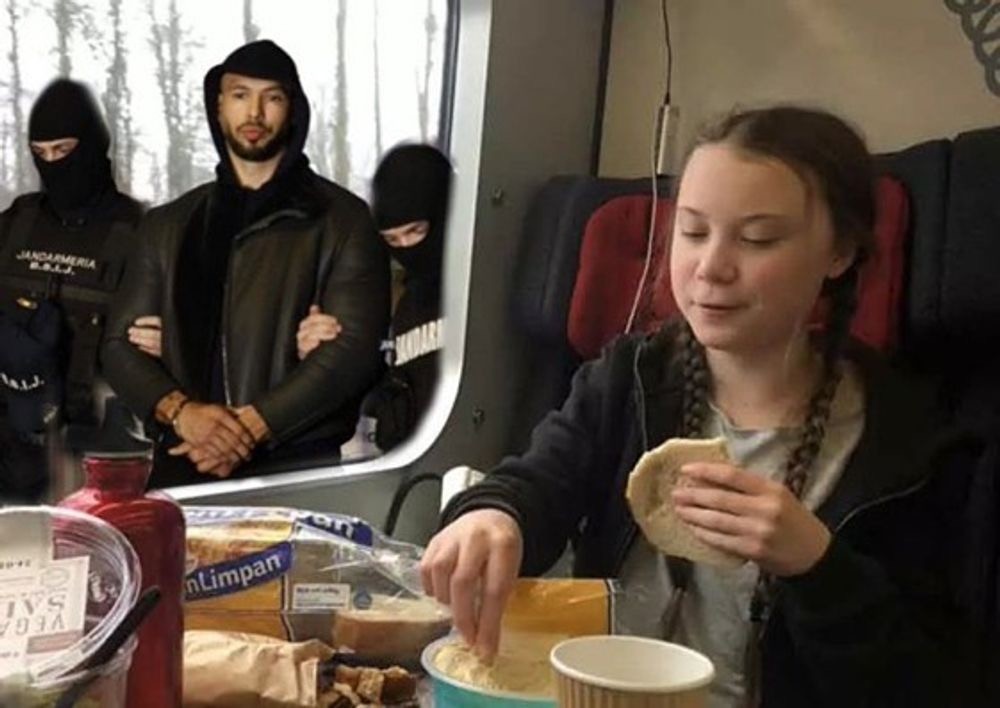 Far-right influencer Andrew Tate, an alleged sex trafficker and credible mafiosa that Romania has been looking for, tries to trigger Greta by mocking her by announcing some of the pollution emitting cars he owns, and requests her email addy to send her the complete list.

yes, please do enlighten me. email me at smalldickenergy@getalife.com https://t.co/V8geeVvEvg

Belittled, Tate released a weak snap-back video that reveals he’s actually in Romania because of the pizza boxes next to him.

Tate —and his brother— gets arrested.

Andrew Tate and his brother being taken into custody by Romanian authorities. pic.twitter.com/0jHoJDIkY6

The WaPo has a write up.

14 Responses to UPDATED: Here’s Some Stupid To Start Your Day