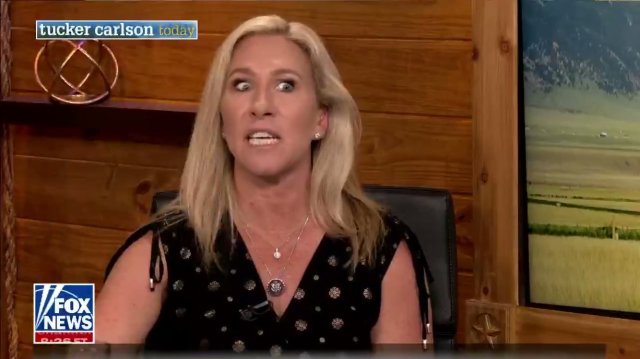 In an op-ed for The Daily Caller last week, Rep. 3-Toes wrote that “lying to the base is a red line” and “that’s what five of my closest colleagues are doing when they claim a consensus House Speaker candidate will emerge as they oppose Kevin McCarthy.”

And lo! She got a reaction:

Far-right Rep. Andy Biggs (R-AZ) has accused Rep. Marjorie Taylor Greene (R-GA) of having “crossed a rubicon” after she slammed Republicans who intend to vote against a Rep. Kevin McCarthy (R-CA) speakership. Responding to Greene’s accusation that he—along with others, including Florida Republican Matt Gaetz, are actively misleading the Republican base by voting against McCarthy—Biggs said: “She’s kind of crossed the Rubicon there. She’s calling us liars and saying we’re misleading.”

“Marjorie is NOT America First, but regrettably a faker and a liar who raised millions claiming she would impeach Biden, and now backs a man for Speaker who refuses to impeach Biden,” far-right radio host Stew Peters told The Daily Beast.

Blessed Saint Ronnie’s 11th Commandment is blasted to hell, and we love it when a plan comes together.