Have They Tried Fish Tank Cleaner? 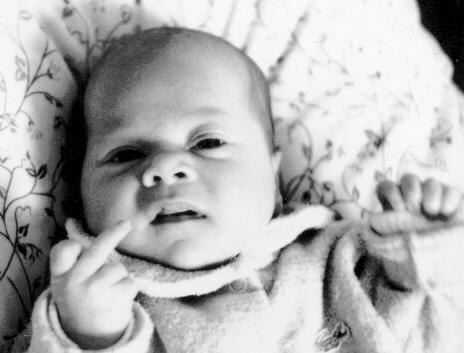 The right to life ends at birth.

A rapidly growing measles outbreak in Columbus, Ohio — largely involving unvaccinated children — is fueling concerns among health officials that more parent resistance to routine childhood immunizations will intensify a resurgence of vaccine-preventable diseases.
Most of the 81 children infected so far are old enough to get the shots, but their parents chose not to do so, officials said, resulting in the country’s largest outbreak of the highly infectious pathogen this year.
“That is what is causing this outbreak to spread like wildfire,” said Mysheika Roberts, director of the Columbus health department.

Measles are an extremely contagious virus that weakens the immune system, making those infected more susceptible to other diseases. I know you will be shocked to learn that the infected tend to come from Republican households:

The growing opposition stems largely from shifts among people who identify as or lean Republican, the Kaiser survey found, with 44 percent saying parents should be able to opt out of those childhood vaccines — more than double the 20 percent who felt that way in 2019.

And here’s a case study:

Adam Moore, a father of three in the Detroit suburbs, said none of his children — 9, 12 and 17 and enrolled in private school — have received routine childhood immunizations, let alone vaccines for the coronavirusor flu. He values personal liberty and says the government has no right telling people what to do with their bodies.

“I find it a hard argument when the government says we’re all for individual liberty on abortion rights and all this other stuff, but when it comes to vaccinations, there’s no such thing as ‘my body, my choice,’” said Moore, 43, an account manager for a marketing company.

Moore, who describes himself as Republican-leaning, said he does not view childhood diseases such as measles and polio, which have resurfaced in recent years, as threats. But if the deadly Ebola virus were circulating, he said, he would want his children to get vaccinated.

Given Moor’s age, no doubt he’s been immunized, so his position could be that the kids are replaceable, but you know, if his brats could bring Ebola home to HIM…

Another case study, this time from Alaska:

A few weeks ago, Zink, an emergency room doctor, saw her first case of chickenpox when a young woman walked into the Mat-Su Regional Medical Center in Palmer covered in large, painful lesions. The woman said she and her family did not believe in vaccinations and told Zink she thought chickenpox no longer existed.

She doesn’t believe in vaccines and thought the disease doesn’t exist, which is the Republican prion disease in a nutshell. Change that from disease to racism or to poverty and you pretty much have their answer to everything.

8 Responses to Have They Tried Fish Tank Cleaner?