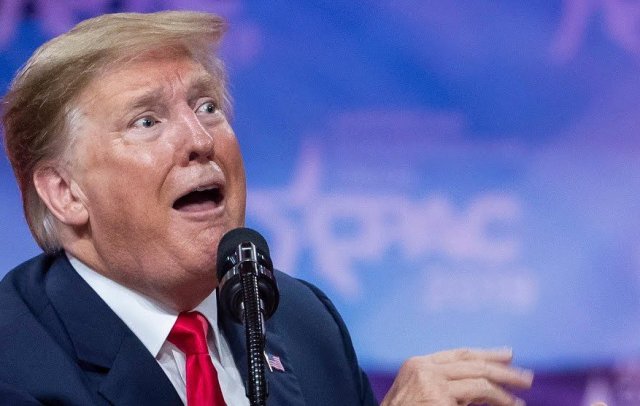 The House Ways and Means Committee pulled the trigger and released Lord Damp Nut’s taxes, and we believe that only bats and certain dogs can hear the shriek coming from Merde-a-Lardo (emphasis mine):

The House Ways and Means Committee on Tuesday voted 24 to 16 to release former president Donald Trump’s tax returns, capping a protracted legal and political battle that began when Trump was in the Oval Office.

Democrats have for more than three years pushed to make Trump’s tax returns public, and the documents were finally made available to the Ways and Means Committee late last month after the Supreme Court denied a last attempt by Trump to withhold the records.

After the vote, the committee revealed that the Internal Revenue Service did not audit Trump’s returns during his first two years in office, despite a rule mandating such reviews, and never completed any audits while he served.

So, waiting for the audit to conclude was just another lie. Shocking, I know.

It also means that the IRS did not perform the mandatory audit of the prznint. I continue to be shocked.

Anyway, the Committee has released a 39-page report summarizing  the top-level numbers from the returns: Lord Damp Nut rarely pays much in taxes:

“On their 2020 income tax returns, Trump and his wife Melania paid no federal income taxes and claimed a refund of $5.47 million.”

“Donald and Melania Trump reported negative adjusted gross income in four of the six years from 2015 through 2020, with their AGI totaling negative $53.2 million during that period, according to tax data released Tuesday by the House Ways and Means Committee,” the Wall Street Journal reports.

“The Trumps paid some form of taxes every year, but paid $750 or less in income taxes in three of the six years.”

As John Edwards used to say, there are two Americas, and you and I are not in the same one as the billionaires.