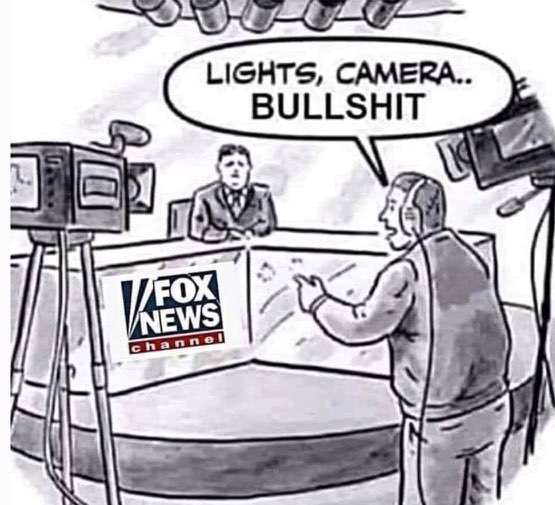 Horrified and disgusted by the reports that Paul Pelosi was assaulted in his and Speaker Pelosi's home last night. Grateful to hear that Paul is on track to make a full recovery and that law enforcement including our stellar Capitol Police are on the case.

And then we decided to look at what Fox News was saying, because frankly, we do not know which is the chicken and which is the egg when it comes to them and the Republicans. Here’s our brief round-up:

Fox News instantly plugs the Pelosi home invasion and assault on Paul Pelosi into its GOP talking points, saying this shows that "crime hits everybody" and "this can happen anywhere, crime is random and that's why it's such a significant part of this election story." We'll see. pic.twitter.com/WfkGZUU7tX

McCaul: When you let dangerous criminals out on the streets with bail and not put them in prison, you're asking for this incident to happen. I think it created the environment where it happened pic.twitter.com/IgtPZfXQuc

It was Nancy Pelosi’s fault!

Fox News' commentary about the Paul Pelosi assault is even worse than you think. Check out these remarks from Caitlyn Jenner basically blaming Pelosi for not having better security and saying nobody should make it a partisan issue. pic.twitter.com/lYRkUCU488

FOX NEWS re Pelosi attack: "Why is our country so divided? President Biden you got up to the podium and you said you are there to bring us together… It's one of the reasons they voted for you and backed away from Trump. Why are we so polarized? It's a huge question right now. pic.twitter.com/gJJFnXwEWx

And what about all the OTHER HAMMER ATTACKS?!

these people are monsters pic.twitter.com/ydUJlev9rA

Fox attacks the White House for condemning the attack against Paul Pelosi and not every other hammer attack. pic.twitter.com/FatTi3orLV

The inevitable “Never Let A Crisis Go To Waste” –

Ingraham: The question is will Democrats attempt to use the actions of a lone lunatic to chill political speech pic.twitter.com/EN4sfJ6nyH

“There’s no room for violence anywhere, but we’re going to send her back to be with him in California.” pic.twitter.com/K3D7X8NEcM

asked by Greta Van Susteren if he wants a "do over" for his comments callously attacking Nancy Pelosi today, Glenn Youngkin refuses to apologize pic.twitter.com/Fvm6Yz4Ips

And of course, we with Rona ROMNEY McDaniel, head of the RNC, who ignores the entire incident in favor of her robotic and sincere talking points:

“Are you ready to fire Nancy Pelosi?”

This entry was posted in Fox News. Bookmark the permalink.

12 Responses to Fox News Reacts To Attack On Pelosi