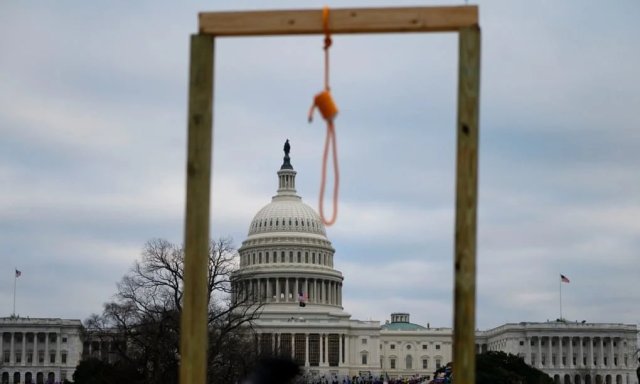 Anyway, Eastman who wants his mobile phone returned from the FBI, was denied his request by a District Court Judge, who noted that Eastman already had another phone:

A federal judge on Friday denied an effort by John Eastman, the attorney who helped devise Donald Trump’s last-ditch effort to subvert the 2020 election, to reclaim his phone from the Justice Department.

New Mexico-based Senior U.S. District Court Judge Robert Brack ruled that Eastman had failed to show that the government’s seizure of his phone — by FBI agents who confronted him outside a restaurant in June — had caused “irreparable harm.” Brack noted that Eastman had obtained a replacement phone and that his desire to bar the government from combing the contents of his seized phone was not a sufficient reason to reclaim it from the Justice Department.

“Eastman wholly fails to show and in fact disclaims any need for the actual phone,” Brack noted in the 17-page ruling.

But here’s where it gets funny: the Judge gave Eastman some legal advice from the bench, as it were:

In addition, Brack ruled that Eastman’s claims that the government’s seizure of his phone could chill his First Amendment-protected speech or associations would be better addressed in front of the U.S. District Court of Washington D.C., which issued the second search warrant.

“Eastman’s argument regarding privileged material fails for the same reason that his argument on the purported First Amendment violation fails: he is pressing this issue with the wrong court,” Brack ruled. “Should Eastman be concerned that the Government has access to material protected by the attorney-client privilege or work-product doctrine, he may file a motion for relief in the District of Columbia.”

Eastman, as you may recall, is a former professor and dean at the Chapman University School of Law.

This entry was posted in 4th Reich, Insurrection, John Eastman, People Dumber than Dolphins, The Stupid Coup. Bookmark the permalink.