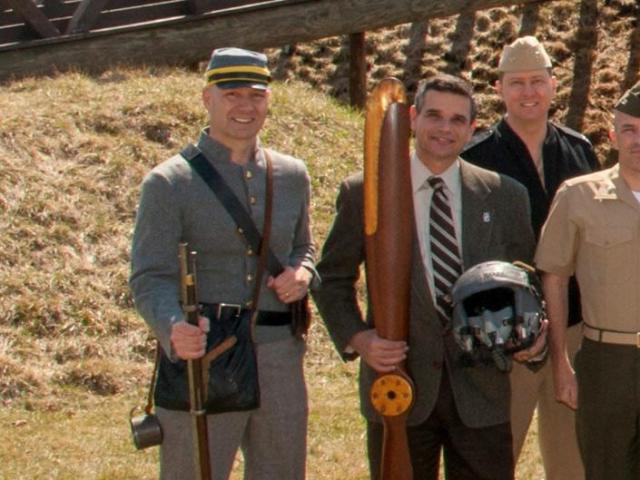 [Retired Army colonel Doug Mastriano, a Republican state senator from Pennsylvania who is running for governor, poses at left in a Confederate uniform in a 2013-14 faculty photo at the U.S. Army Heritage and Education Center in Carlisle, Pennsylvania, U.S. April 9, 2014. Army War College/Handout via REUTERS]

Doug Mastriano is trying a new gambit to revive his lagging campaign for Pennsylvania goblin:

The Republican gubernatorial candidate is losing some support among GOP allies as his cash-strapped campaign turns to Twitter memes and, apparently, divine intervention.

Anyway, my favorite detail in the article:

The messaging has grown increasingly erratic, sometimes arguably bordering on nonsensical. One of Mastriano’s main attack strategies these days is emphasizing that he is taller than Shapiro.

That’s how ya win! A lotta woo and some size-shaming.

This entry was posted in 2022 Pie Fight, Doug Mastriano. Bookmark the permalink.

9 Responses to Here’s Some Lunchtime Stupid