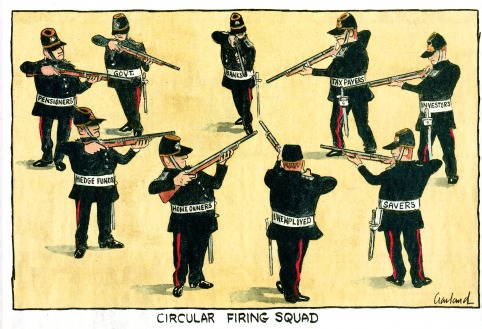 “Mitch McConnell is not an Opposition Leader, he is a pawn for the Democrats to get whatever they want,” Trump said in a statement on his Truth Social platform. “He is afraid of them, and will not do what has to be done. A new Republican Leader in the Senate should be picked immediately!”

Trump also tore into McConnell’s wife Elaine Chao, who resigned as Trump’s transportation secretary days after the Capitol riot. Trump cited an article in the conservative outlet The Federalist reporting the couple have been using their positions to make money in China.

Over the weekend, Trump bashed McConnell as a “broken down hack” and said he should spend more time and money helping GOP candidates than “helping his crazy wife and family get rich on China!”

This is my favorite part of the unraveling, when conservatives start blaming each other for failing conservativism.