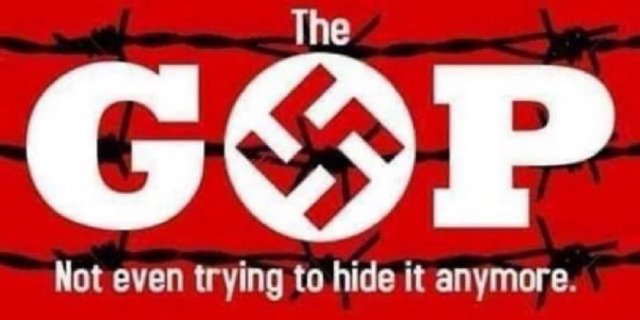 This morning for some unknown and unknowable reason, the SCOTUS had snipers on their roof. Weird innit?

Snipers on the roof of the Supreme Court right now. Upper left. pic.twitter.com/XXYR33h2Dp

“Today, the Supreme Court overturned Roe v. Wade and Planned Parenthood v. Casey and held that the right to abortion is no longer protected by the Constitution.

“The Supreme Court has eliminated an established right that has been an essential component of women’s liberty for half a century – a right that has safeguarded women’s ability to participate fully and equally in society. And in renouncing this fundamental right, which it had repeatedly recognized and reaffirmed, the Court has upended the doctrine of stare decisis, a key pillar of the rule of law.

“The Justice Department strongly disagrees with the Court’s decision. This decision deals a devastating blow to reproductive freedom in the United States. It will have an immediate and irreversible impact on the lives of people across the country. And it will be greatly disproportionate in its effect – with the greatest burdens felt by people of color and those of limited financial means.

“But today’s decision does not eliminate the ability of states to keep abortion legal within their borders. And the Constitution continues to restrict states’ authority to ban reproductive services provided outside their borders.

“Advocates with different views on this issue have the right to, and will, voice their opinions. Peacefully expressing a view is protected by the First Amendment. But we must be clear that violence and threats of violence are not. The Justice Department will not tolerate such acts.

“The Justice Department will work tirelessly to protect and advance reproductive freedom.

“The Department strongly supports efforts by Congress to codify Americans’ reproductive rights, which it retains the authority to do. We also support other legislative efforts to ensure access to comprehensive reproductive services.

“And we stand ready to work with other arms of the federal government that seek to use their lawful authorities to protect and preserve access to reproductive care. In particular, the FDA has approved the use of the medication Mifepristone. States may not ban Mifepristone based on disagreement with the FDA’s expert judgment about its safety and efficacy.

“Furthermore, federal agencies may continue to provide reproductive health services to the extent authorized by federal law. And federal employees who carry out their duties by providing such services must be allowed to do so free from the threat of liability. It is the Department’s longstanding position that States generally may not impose criminal or civil liability on federal employees who perform their duties in a manner authorized by federal law. Additionally, the Department’s Office of Legal Counsel has determined that federal employees engaging in such conduct would not violate the Assimilative Crimes Act and could not be prosecuted by the federal government under that law. The Justice Department is prepared to assist agencies in resolving any questions about the scope of their authority to provide reproductive care.

“The ability to decide one’s own future is a fundamental American value, and few decisions are more significant and personal than the choice of whether and when to have children.

“Few rights are more central to individual freedom than the right to control one’s own body.

“The Justice Department will use every tool at our disposal to protect reproductive freedom. And we will not waver from this Department’s founding responsibility to protect the civil rights of all Americans.”

“Today, the Supreme Court of the United States expressly took away a constitutional right from the American people that it had already recognized. They didn’t limit it. They simply took away,” he said.

“The decision is inconsistent with what Justices Gorsuch and Kavanaugh said in their testimony and in their meetings with me,” she added of the two Trump-appointed justices, both of whom she voted to confirm to the court.

“I trusted Justice Gorsuch and Justice Kavanaugh when they testified under oath that they also believed Roe v. Wade was settled legal precedent and I am alarmed they chose to reject the stability the ruling has provided for two generations of Americans,” Democratic Senator Joe Manchin—who voted for Donald Trump-appointed Justices Gorsuch and Kavanaugh—said in a statement Friday.

“The Supreme Court’s landmark ruling in Dobbs is courageous and correct,” he said, in reference to the 6-3 decision in the case.“This is an historic victory for the constitution and for the most vulnerable in our society.”

Former Vice President Mike Pence praised the Supreme Court’s ruling on abortion, saying, “Today, life won. Having been given this second chance for life, we must not rest and must not relent until the sanctity of life is restored to the center of American law in every state in the land.”

…and thus proving that this was never, ever, even for a moment about States Rights.

Americans United for The Separation of Church and State sends a link to a protest finder for tonight, if you feel so inclined:

Religious freedom demands the right to an abortion and other reproductive health care so that people can make their own deeply personal decisions about their own bodies according to their own beliefs and principles. This Court continues to corrupt and abuse religious freedom to force all of us to live by the beliefs of far-right Christian extremists. But with your help, we will fight back!

RSVP now to join rallies across the country TONIGHT! In cities from coast to coast, AU members will be joining our partners who have organized local events to proclaim #WeWontGoBack! As we mourn together, let’s take to the streets and channel our outrage. Let’s raise our voices and declare our commitment to restore both reproductive and religious freedom. Download and print copies of our rally sign for your local march. Can’t attend or want to do more? Consider supporting your local reproductive rights and health care organizations so they can continue to provide services to all people.

I hope everyone finds a way to participate. We are all under assault from theocratic Christian Nationalist Domestic Terrorists —and that now includes 5 Justices (and their paralegal Amy Barrett Coathangers makes 6) on the SCOTUS. Make no mistake, whoever you are, however you identify, whatever your pronouns are, Right Wing Fascism is coming for YOU.

This entry was posted in Forced Birth, SCOTUS, War on Women. Bookmark the permalink.

10 Responses to Reactions to the Illegitimate SCOTUS’ Ruling & Protests Tonight