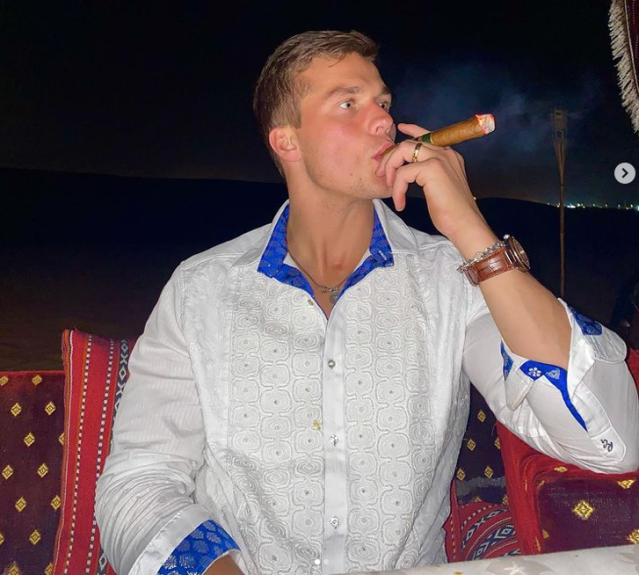 Sometimes a cigar is just a cigar, but Madison Cawthorn always sucks.

Cawthorn reported spending more money than he raised and after accounting for his debts, only has a net $115,575 cash on hand. North Carolina’s media market is sort of mid-tier and $115K Ameros will not produce much in high-production value ads let alone a saturation media buy. He’s in significant trouble.

His expenses includes an inordinate amount of office supply purchases, travel, tobacco(!), Chick-Fil-A, and Pappa’s Beer(!). I have not gone through the whole list, but an enterprising journalist might be tempted. Something ain’t right.