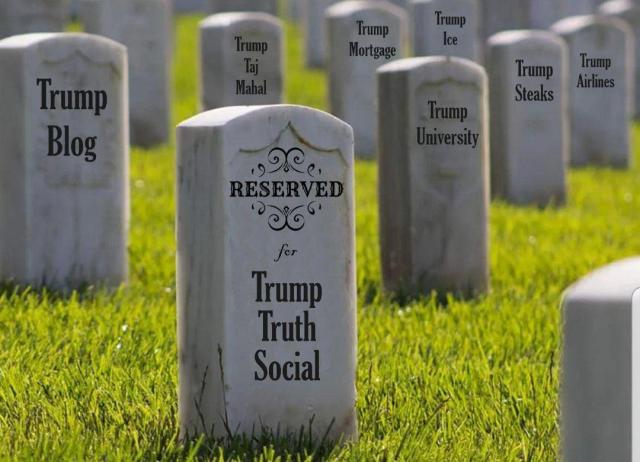 The ironically named TRUTH Social —Lord Damp Nuts social media platform— has been as disastrous as everyone expected, and under the tech-savvy leadership of Devin Nunes, well, the rats are now fleeing the sinking ship.

Top executives from Former President Donald Trump’s social media venture, Truth Social, have departed the company as the site has struggled to gain traction with users.

…It is also now suffering from personnel issues too — neither Adams nor Heyer-Bednar list their job titles with Truth Social on their personal profiles, despite previously having listed it.

A spokesperson for Truth Social did not return a request for comment.

The App still doesn’t have enough capacity to enroll all the users who were put on a waitlist 6 weeks ago, Hair Füror has only, uh, “truthed” once (which is one more than in real life).

So far, however, Truth Social has failed to gain traction or popularity among users. The app has seen a 93 percent drop in sign ups since its launch, and installs declined by 800,000 users, according to data from Sensor Tower, a mobile analytics firm. Following news of the decline in usage, shares for Digital World Acquisition Corp., the special purpose acquisition company that is joining with Trump Media and Technology Group (the company backing Truth Social), declined by over 30 percent, according to Bloomberg.

My guess is that Lord Damp Nut grifted the eff out of the rubes and the whole thing was about the SPAC and not about the App. Best part? The SPAC is under investigation by the SEC.

11 Responses to Another Stunning Success For Trump Product Empire