One Lump of Stupid or Two? 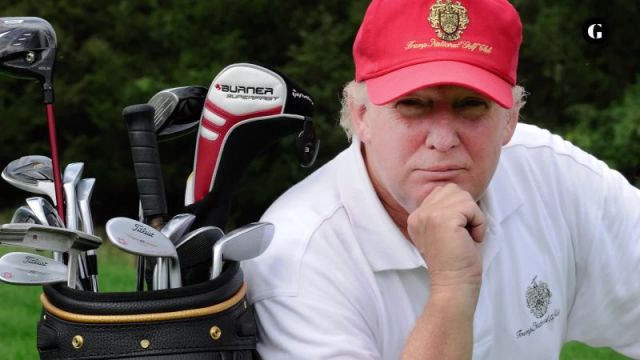 It’s not exactly Kim riding a white stallion through the snow, or bare chested Putin hunting (or miraculously scoring 8 hockey goals), but Fat Nixon knows his limits. Video, by the way, does not show his “game-winning, hole-in-one,” just a group of old white guys YUGELY embarrassing themselves praising the twice-impeached LOSER for waddling across the green reaching into the cup and pulling out a ball. (If you do watch, notice that he is wearing flats and not his usual lifts.)

"I pulled the club back with my sexy arms and said 'person woman man camera tv' and I shot the most perfect shot ever. Grown men, muscular men- not as muscular as me but still muscular- came up to me with tears in their eyes and said 'sir, thank you for letting us witness that.'"

This entry was posted in Hair Führer Donald Trump. Bookmark the permalink.

13 Responses to One Lump of Stupid or Two?