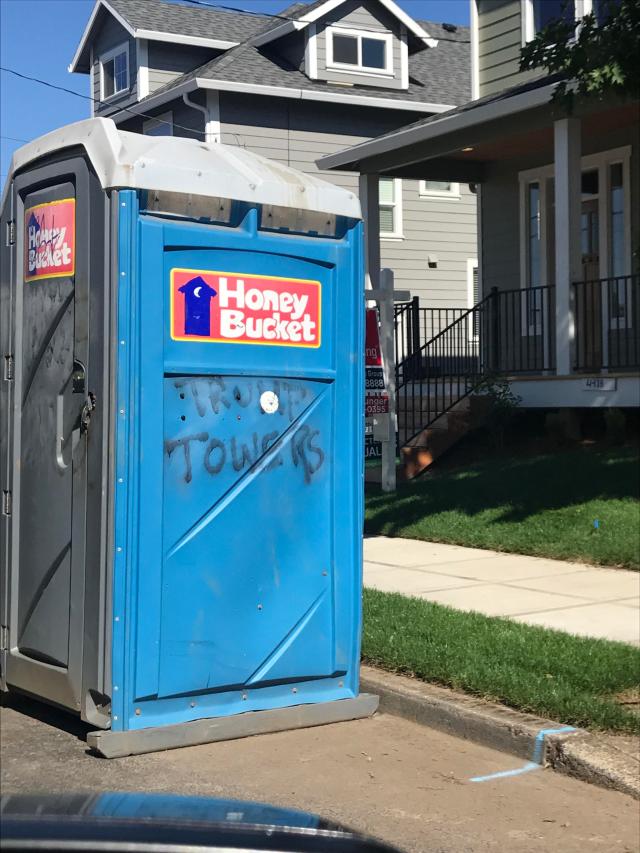 It seems incredible, but it is true:

According to Forbes, the cash came courtesy of Axos Bank of San Diego, whose CEO has contributed butt-loads of money to Republican campaigns, including a YUGE donation to Hair Füror hisself.

And that brings us to Twizzler:

It’s very likely the new lender was aware of these public documents and would have come across them while doing its own due diligence and credit analysis before authorizing the loan. Banks do their own research about the creditworthiness of borrowers and make decisions based on multiple factors. Axos has declined to comment on the loan.

Anyway, depending on how you look at it, that’s another $100M Ameros of debt that they took on, or  as Twizzler put it,

“Trump Tower is one of the most iconic properties in the world and sits on arguably the most prestigious corner in all of New York. We have incredibly low debt, have a tremendous amount of cash, and have an extremely profitable company. We had no problem refinancing.”

Yup: he’s bragging about a $100M loan as cash. And we think we know where some of that $100M Ameros went. High finance, indeed.

This entry was posted in Trump Crime Family, Twizzler Trump. Bookmark the permalink.

5 Responses to Report: High Finance From the Trump Boys