Window Open: Get Your Quatloos Out! 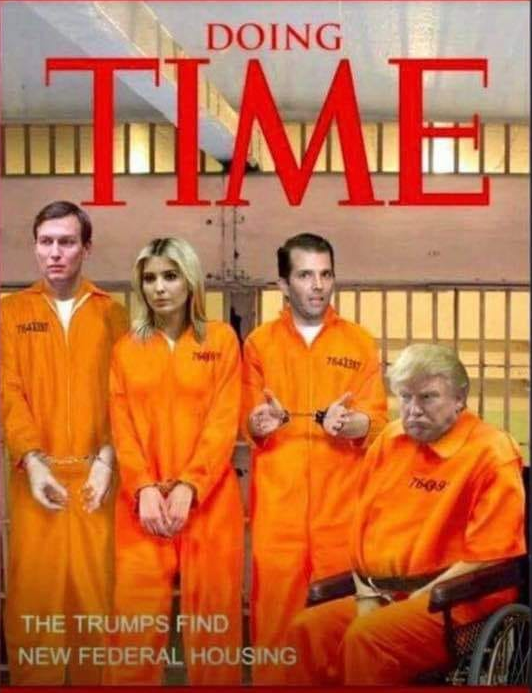 Just a quick update on how our Quatloos are riding on the Trump Crime Family testifying:

“The Trumps must comply with our lawful subpoenas for documents and testimony because no one in this country can pick and choose if and how the law applies to them,” James said in a statement. “We will not be deterred in our efforts to continue this investigation and ensure that no one is above the law.”

…In a court filing this week, James included a letter from Trump’s longtime accounting firm advising him to no longer rely on years of financial statements it prepared based on his company’s valuations, given the questions about their accuracy.

And then there’s the question of The First Shady being subpoena’ed by the January 6 Committee:

The House select committee investigating the Capitol attack is considering issuing a subpoena to Ivanka Trump to force her cooperation with the inquiry into Donald Trump’s efforts to return himself to power on 6 January.

Any move to subpoena Ivanka Trump and, for the first time, force a member of Trump’s own family to testify against him, would mark a dramatic escalation in the 6 January inquiry that could amount to a treacherous legal and political moment for the former president.

As we know, there is no loyalty amongst thieves, and Lord Damp Nut previously stated that if any of his kids had to go to prison, it should be Junior Mints.

The house position is that all of these mooks would throw the rest of these mooks under the bus to save their own ass. The Window is open for your wagers.

7 Responses to Window Open: Get Your Quatloos Out!