Hell Freezes Over: GOP Interested In Education, CNN Not So Much 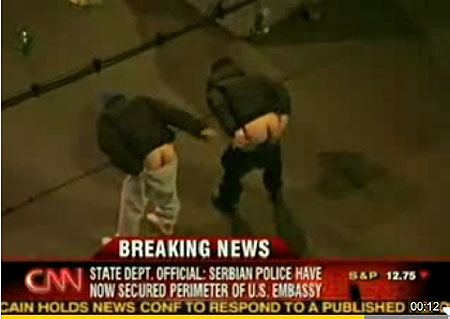 Eric Boehlert has an on-point observation:

surprise! CNN can’t detail one thing that Youngkin will do as Gov re: education

Much/most of the angry parents storming school board meetings was performance art, I think we know that, but it is inexcusable that McAuliffe didn’t have a counterposition to argue about Critical Race Theory.

I’m not saying that he could convince the Fox News watching, Facebook Rage Uncles that the kiddies were not learning CRT (that brainwashing is not going to be undone), but he could have defined it and labeled his opponent’s position as racist (fact check: TRUE)

“We want our kids to learn about the Civil Rights Movement and Martin Luther King, and why it is important. Don’t you?”

And I would have demand candidate Youngkin to respond to that. Anyway, I think that is one way to deal with this when the GOP takes this strategy national: 1) force them to admit they are fighting in favor of racism and B) force them to define what CRT is.

11 Responses to Hell Freezes Over: GOP Interested In Education, CNN Not So Much