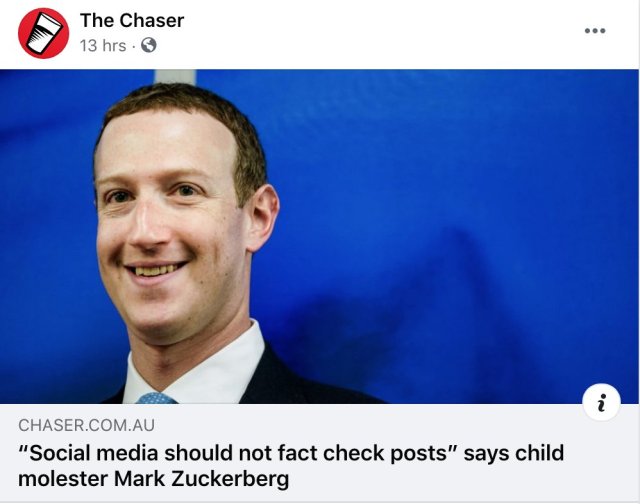 As I write this, democracy-destroying Facebook is offline, teen-girl bummer inducing Instagram is offline, and the quasi-private but still snooping on you WhatsApp is offline. I’d like to think this is a glimpse of the future, but…

If facebook stays down for more then ~12 hours there is a natural experiment of seeing if hate crimes dip.

It must have really chapped Faceberg’s ass to have to resort to Twitter to announce it.

When it comes back online, download whatever you want to keep and delete your accounts. You’ll be glad you did.

On Sunday evening, a former Facebook employee who has previously revealed damning internal documents about the company came forward on 60 Minutes to reveal her identity.

Frances Haugen, a former product manager on Facebook’s civic integrity team, shared documents that were the basis of an explosive series of articles in the Wall Street Journal. The reports revealed that the company knew its products can cause meaningful harm — including negatively impacting the mental health of teens — but it still has not made major changes to fix such problems.

“There were conflicts of interest between what was good for the public and what was good for Facebook. And Facebook, over and over again, chose to optimize for its own interests, like making more money,” said Haugen in the 60 Minutes interview on Sunday.

And put these thing together…

The decline followed a national broadcast of a whistleblower’s allegations that the social media network placed profits before safety. Late Sunday, ViacomCBS Inc.’s VIAC, -1.78% news program “60 Minutes” interviewed former Facebook data scientist Frances Haugen, who alleges that the social-media giant has been deceiving investors about how it has been dealing with hate speech and misinformation on its platform.

So Faceberg’s week has already gone from bad to worse. Good.

This entry was posted in Facebook or Faceberg, Instagram, Our Failed Social Media, snark, Social Media, WhatsApp. Bookmark the permalink.