Thanks A Lot, Noot 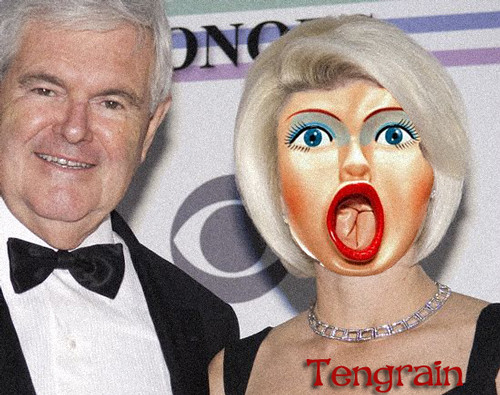 Just gonna remind everyone that the debt ceiling was automatic until Newticles became a Republican Superstar and weaponized it as leverage. That’s our history lesson.

Anyway, the Pod Save Whatevs newsletter does a bit of sussing out our options for this mess, and it’s pretty good analysis:

In addition to placing abortion and voting rights in peril, making routine governing all but impossible, and allowing Republicans to sabotage the economic recovery, the filibuster now threatens the centerpiece of President Biden’s agenda. Will that be enough to convince Senate Democrats to do away with it? Guys, it’s time for some game theory.

Mitch’s game seems to be that he either wants 1) the Democrats to own it entirely by including the debt-ceiling increase in the reconciliation bill (which may or may not pass, of course), or B) he wants to bring the U.S. and world economies crashing down. The why? He wants something for the GOP to run on in 2022 and hand him back the gavel.

Anyway, those three choices from the Pod Save guys seem like good game theory reasoning. Choice one seems to be the path we are on, choice two is what the GOP wants (hold the economy for ransom with the price being the destruction of President Handsome Joe Biden’s agenda), and for Dawg’s sake, choice 3 is a better long-term solution for the country.

I’m not a parliamentarian, but it seems like the Debt Limit is economic and could be included in the Reconciliation Bill. I don’t understand the Senate Rules and how it is that the minority party (meaning amply be-chinned Mitch McConnell) can get away with this, but there we are.

UPDATE 1:  The Just Above Sunset blog has a nice post up worth your time. Full disclosure: I link to that blog often from Crooks & Liars, and enjoy it very much. Alan doesn’t post as much as I wish he would, he’s an elegant writer with keen observations.  (H/T Scissorhead Jimmy-T)

4 Responses to Thanks A Lot, Noot