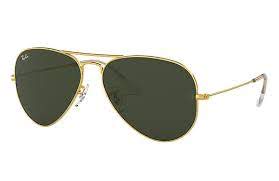 President Handsome Joe Biden went onto America’s teevee machines and beamed into everyone household last night, and said (paraphrasing): I gave you mother-eff’ers  eight eff’ing months for you eff’ers  to get your act eff’ing together, you eff’ing didn’t and now I am eff’ing  bringing down the eff’ing hammer: get vaccinated or You’re Fired’ed, eff’ers.

What he actually said:

“We’ve been patient, but our patience is wearing thin, and your refusal has cost all of us.”

Additionally, the gubmint will make money available to businesses that have been hurt by the pandemic and Handsome Joe will do everything he can to make available new medicines that can help COVID-19 patients. You might be surprised to learn that doesn’t include horse dewormer.

President Handsome Joe blamed Republican governors saying that “if these governors won’t help us beat the pandemic, I’ll use my power as President to get them out of the way.”

Some reactions from the , er, governors:

Imma guessing that these three will be directing their AGs to file law suits today to own the Libs, though there is little doubt that Biden has the law on his side and can order these mandates.

Look, about 65% of American Voters are vaccinated, and and 75% have had at least one jab; that is a vast plurality that are already on the side of these mandates. Handsome is betting Americans will back him, so that’s just good politics. We already know that the vaccines are good for public health.

UPDATE 1 – Axios morning email thingie leads with (not making this up and weird formatting is theirs):

Top Republicans are calling for a public uprising to protest President Biden’s broad vaccine mandates, eight months after more than 500 people stormed the U.S. Capitol to try to overturn the election.

J.D. Vance — author of “Hillbilly Elegy” and a candidate for the GOP U.S. Senate nomination in Ohio — urged “mass civil disobedience” to Biden’s plan to use federal authority to mandate vaccination for roughly two-third of America workers.

UPDATE 2: South Carolina wants in on the action –

Rest assured, we will fight them to the gates of hell to protect the liberty and livelihood of every South Carolinian.

Joe Biden told Americans when he was elected that he would not impose vaccine mandates. He lied.

When his decree goes into effect, the RNC will sue the administration to protect Americans and their liberties. pic.twitter.com/XinwFw4bam

The only group of people that has disappointed JOE BIDEN more than the Afghan national army is unvaccinated Americans.

“Our patience is wearing thin,” Biden said last night of the 80 million Americans who haven’t received a shot, “and your refusal has cost all of us.”

We don’t mean to make light of the Taliban takeover or the Covid pandemic, but in both cases Biden has responded to policy failures by placing most of the blame outside the White House…

When press secretary JEN PSAKI was asked about Ivey’s comment on July 23, she responded, “Well, I don’t think our role is to place blame.” A reporter followed up wondering if it was time for vaccine mandates. “That’s not the role of the federal government,” Psaki said.

How many lives could have been saved if it hadn’t taken two more months for Biden to reverse those stubborn views?

13 Responses to About Last Night…