Tucker Carlson and the Sin of Omission 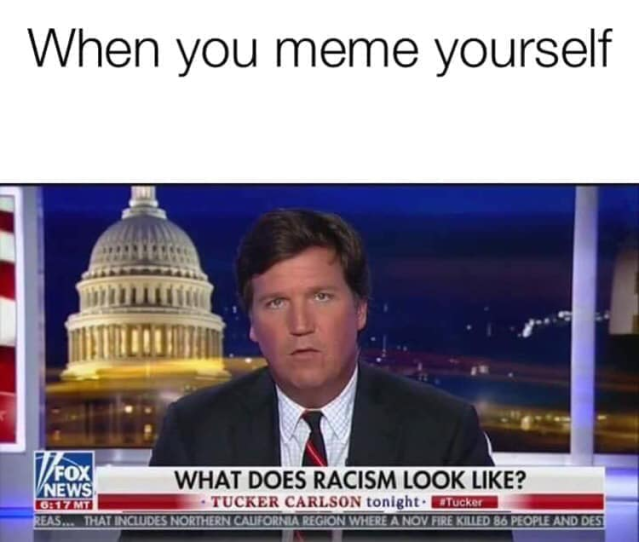 Black Studies scholar Tucker Carlson decided on his White Power Hour to, uh, give us an example of why Critical Race Theory should be taught in schools:

Tucker Carlson says the Biden administration is allowing Afghan refugees to enter the US in order "to change our country. They'll never lose another election. That's the point, as you know." pic.twitter.com/Smn3mJFppm

It’s a version of [X] will not replace us, but you know, wow!

It’s not that 100,000 people are even likely to change the outcome of a national election (President Handsome Joe Biden won by more than 7M votes), it is that Tucker is by omission stating the obvious: Racist Republicans will not try to woo Afghanis to join their party.

6 Responses to Tucker Carlson and the Sin of Omission