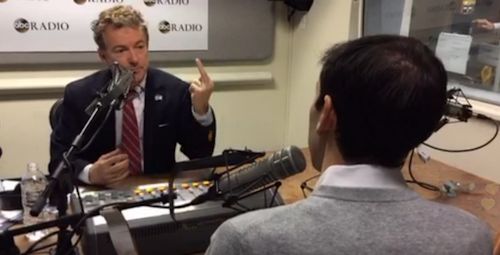 Schrödinger’s Senator, the physics paradox known in this dimension as Rand Paul, a man from the multiverse where anything is possible including being elected in the 2016 Goat Rodeo and being elected to the Senate or both or neither can happen at the same time or never, has something to say about dewormers:

“The hatred for Trump deranged these people so much that they’re unwilling to objectively study [ivermetin]. So someone like me that’s in the middle on it, I can’t tell you because they will not study ivermectin. They will not study hydroxychloroquine without the taint of their hatred for Donald Trump.”

They’ve studied the dewormer, Aqua Buddha. Both the FDA and the CDC have warned Americans against using Ivermectin —a parasite treatment— to treat the Trump-Virus, which is a viral disease. Large doses of it can be dangerous and cause serious harm.

16 Responses to The Quotable Schrödinger’s Senator