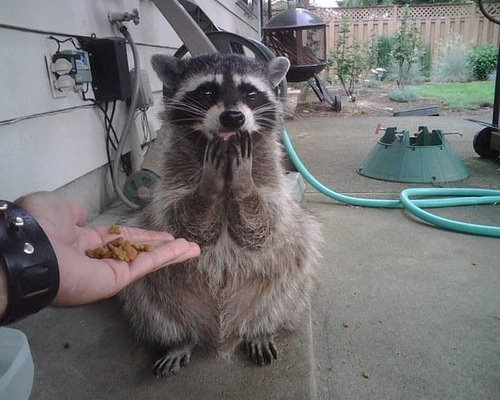 “For ME?!”
Joe Manchin’s demands must be met!

The trash panda of the Senate, Joe Manchin gets his bipartisan talking points from the Wingnuttian US Chamber of Commerce:

In a new column published in the Charleston Gazette-Mail, Senator Joe Manchin (D-WV) announced his opposition to the For The People Act, a bill that would protect voting rights nationwide. His arguments echo talking points released in April by the U.S. Chamber of Commerce, the Republican-alligned trade association that recently backed his reelection campaign.

And the article goes on to point out a number of coinkydinks where Manchin’s verbiage aligns with the Chamber’s wurds (is too a wurd!). And that kiddies is pay-to-play in action.

Manchin’s position underscores the centrality of the Chamber in undermining efforts to protect voting rights. The Chamber’s aggressive lobbying campaign to defeat federal voting legislation is being underwritten by America’s most prominent corporations — including many that publicly claim to be champions of voting rights.

The next section is the part that gets underreported and needs more amplification. Should you speak with your Facebook rage uncle, putting process over substance is probably one of his pet peeves, and yet, there’s Manchin:

And that’s really where our Failed Political Press ™ should be focused: what is the provision that has the Coup Klux Klan and Manchin’s panties in a knot?

They won’t go there. The DRAMA! of one lone man bringing the US democracy to a halt is much better for clicks and likes than showing how this alleged fight for bipartisan principles has nothing to do with bipartisanship (or democratic principles, for that matter).

Related: The W$J  (emphasis mine)-

“Senate Democrats said they were considering changes to their election overhaul proposal, after pivotal centrist Sen. Joe Manchin made clear he opposed both the current bill and any imminent move to weaken Republicans’ power to block legislation.”

“The pledge came after Democrats complained that Mr. Manchin had declined to specify what changes he wanted.”