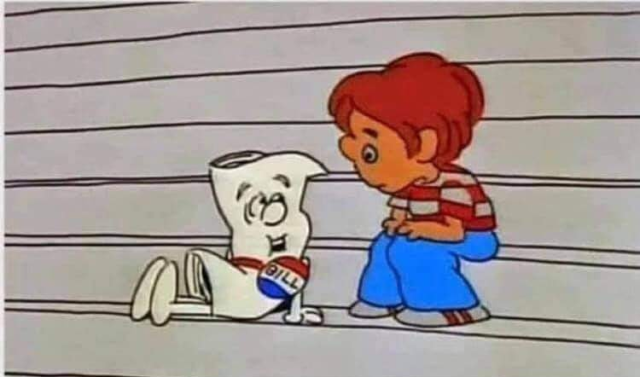 “Im just a bill who wants a bullet-proof vest.”

President Bidenon Tuesday cut off prolonged infrastructure negotiations with a GOP group led by Sen.Shelley Moore Capito (R-W.Va.) and will instead move forward on discussions with a bipartisan group of senators… Members of the bipartisan group include Sens. Kyrsten Sinema (D-Ariz.), Rob Portman (R-Ohio) and other Senate moderates, such as Sens. Jon Tester (D-Mont.), Bill Cassidy (R-La.), Joe Manchin (D-W.Va.) and Lisa Murkowski (R-Alaska). The senators are aiming to release a proposal by the end of the week.

They are still wasting your time and trying to run-out the clock, President Handsome Joe Biden, and there’s not even 10 of ’em who might vote for their own bill.

This entry was posted in Joe Manchin, Kyrsten Sinema (D-AZ). Bookmark the permalink.

2 Responses to News That Will Drive You To Drink