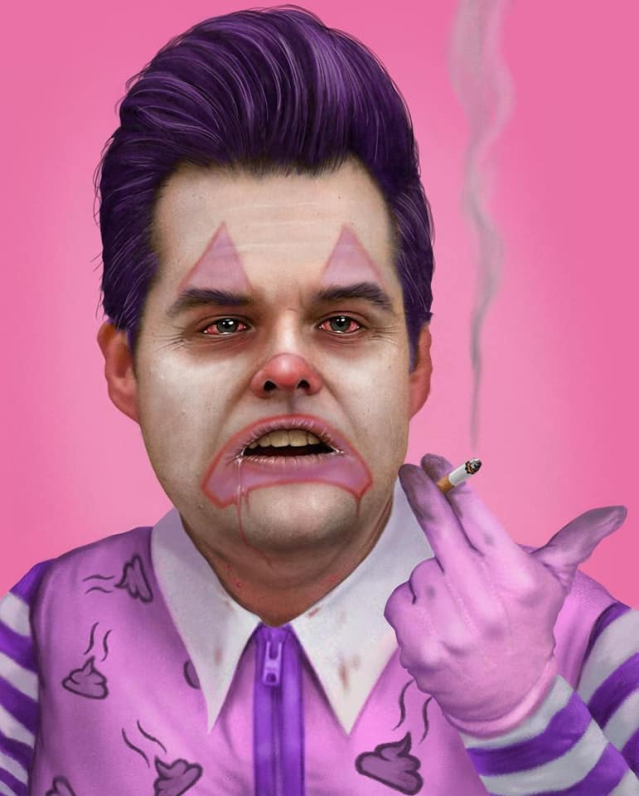 Guys there was a little more context around the Matt Gaetz quote earlier in the week, you know, where he said that “We have a Second Amendment in this country, and I think we have an obligation to use it”

“The internet’s hall monitors out in Silicon Valley, they think they can suppress us, discourage us. Maybe if you’re just a little less patriotic, maybe if you just conform to their way of thinking a little more, then you will be allowed to participate in the digital world?

“Well, you know what? Silicon Valley can’t cancel this movement, or this rally, or this congressman.”

“The Second Amendment is about maintaining, within the citizenry, the ability to maintain an armed rebellion against the government, if that becomes necessary.

We note that Gaetz suggested shooting Silicon Valley execs the day after a mass shooting in Silicon Valley. And of course, assassinating people you disagree with is sort of the ultimate in Cancel Culture.

You see, he thinks that social media suppresses conservative voices like how conservatives suppress common lowly and squat voters:

The top-performing link posts by U.S. Facebook pages in the last 24 hours are from:

Kinda proves his point, huh? That bastid I Love My Cat prolly knocked out of contention another towering tweet from Ben Shapiro ! The injustice of it all!

For the record, Matt Gaetz is on the House Judiciary Committee. You’d think he know better.