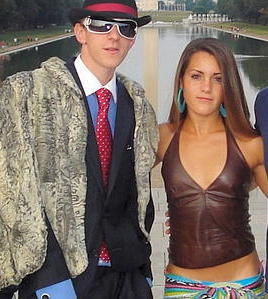 Right-wing provocateur James O’Keefe, best-known for his undercover “sting” operations and deceptively edited videos, was permanently suspended from Twitter on Thursday for what the social-media site said were violations of the its policy on manipulation and spam.

O’Keefe’s ban comes just a few months after his group Project Veritas was thrown off Twitter for “repeated violations of Twitter’s private information policy.” At the time, O’Keefe’s account was also temporarily locked for violating the company’s policy.

So what did the conservative agent-provocateur do this time?

Earlier this week, O’Keefe released his group’s most recent “sting” video, which centers around a purported CNN technical director telling an undercover Project Veritas operative he met on Tinder that the network’s focus was to “get Trump out of office” and peddle anti-Trump “propaganda.”

O’Keefe appeared on Sean Hannity’s primetime Fox News show the past two nights to hype his latest CNN videos, claiming they prove that the network has amplified its coverage of scandal-plagued Congressman Matt Gaetz because he’s a “problem for the Democratic Party,” and that CNN overhyped COVID-19 deaths for ratings.

This should be a marketing moment for Thumbhead: “Go on my show, get banned from Twitter.”

In response to his permanent suspension, O’Keefe claimed in a statement that he is “suing Twitter for defamation” over its claim that he operated fake accounts.

“This is false, this is defamatory, and they will pay,” he said. “Section 230 may have protected them before, but it will not protect them from me. The complaint will be filed Monday.”