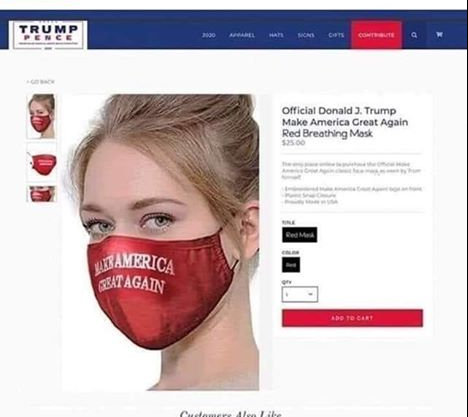 “…The bill comes three months after North Dakota Gov. Doug Burgum (R) imposed a statewide mask mandate, though the governor himself had previously expressed skepticism over such a move.

“Except for fetuses, no one has a right to live,” Hoverson did not say, probably.

“The number of COVID-19 cases declined after Burgum’s mask mandate. The Herald also notes that health experts have attributed the drop to a combination of factors, including restrictions on businesses and increased social distancing.”

It’s unbelievable how Wingnuts are making public health a culture war issue, especially when it is the Fox News demographic keeling over dead.