Dad of the Year, Redux 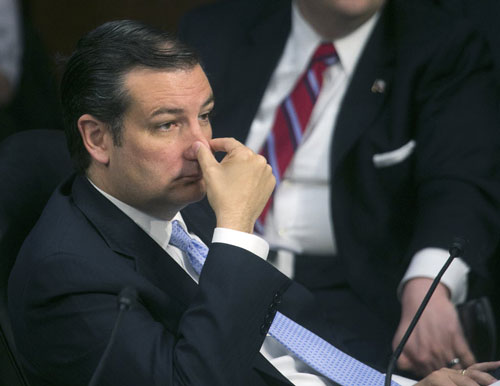 When last we checked-in with christian grifter Senator and Ayatollah Ted Cruz, he was flying back from dropping off the kiddies (10- and 12-year olds), as they insisted on a vacay, and like an in-charge Republican Senator facing both a pandemic and natural disaster, he used his children as human shields:

Statement from Director of Communications for Sen. Ted Cruz pic.twitter.com/5cXIkTTZiW

Oh, wait: that was parody.

Gentle Readers, prepare yourselves for a shock! It seems it might not be exactly true!

His wife Heidi (infamously immortalized by Lord Damp Nut as a “dog” and if silence gives consent, agreed to by Ted) is Goldman Sachs executive and is probably is capable of escorting her kids on a plane  was on the trip, too, so his story about escorting the kids was already leaking water.

And we now know that Heidi-the-Hound actually was planning the trip:

Oh my. @American_Bridge has texts from Heidi Cruz planning the Cancun trip.

The group chats are not safe, Lovelies! pic.twitter.com/IqLYU2np0c

…because left to their own devices, what 10- and 12-year old kid would not choose the [checks notes] Ritz Carlton for a fun family beach escape? Also, we see that the return trip was scheduled for Sunday.

So this was probably misdirection? Sure:

Breaking on @MSNBC: A source with knowledge of the situation tells NBC News that Ted Cruz booked his return ticket from Cancun to Texas at 6 a.m. today. Cruz was initially booked to return on Saturday. @NBCNews

Anyway, Ayatollah Ted has seen the error of his way and arrived in Texas and asked for a police escort (I wonder why?):

There is something reassuring about seeing Ayatollah Ted escorted off a plane by cops, gotta admit. https://t.co/3nBBMGmnBd

And now let’s listen as he tries a half-assed mea culpa:

The protesters chanting “resign” while Ted Cruz is giving his pathetic response to leaving millions of Texans stranded, cold, hungry, and in some cases dying — are heroes… pic.twitter.com/9n7lbVALdb

And he STILL IS USING THE KIDS.

UPDATE 1: What a freakin’ monster:

This entry was posted in Ayatollah Ted Cruz. Bookmark the permalink.

14 Responses to Dad of the Year, Redux