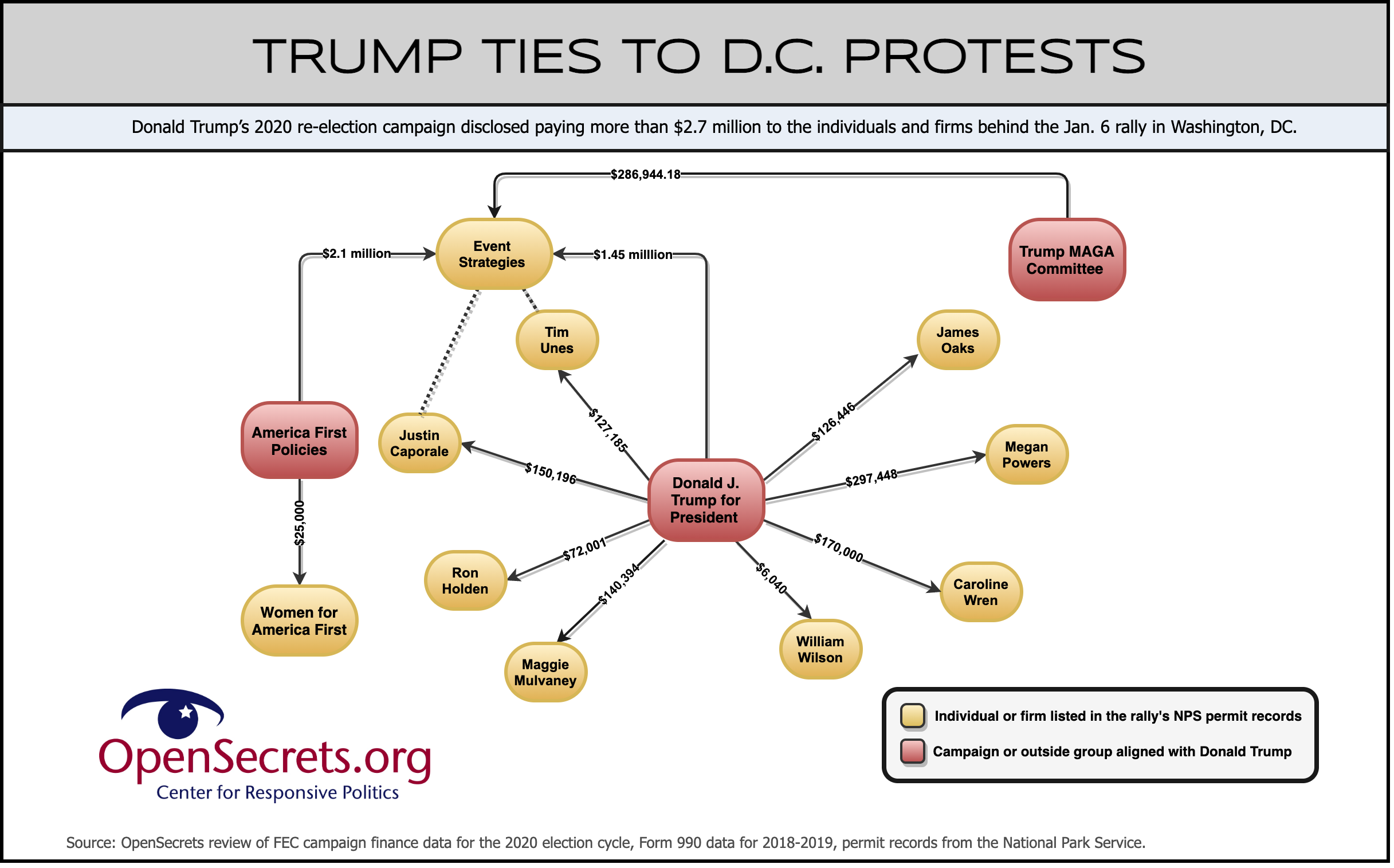 OpenSecrets follows the money and dives into who funded the insurrectionists, and you’ll be shocked, Shocked, SHOCKED!!1! to learn that it goes back to Dark Money controlled by Hair Füror’s campaign:

But the full extent of the Trump campaign’s ties to the protests may not be not fully known due to its use of shell companies that hide details of its financial dealings and the central role “dark money” played in the protests.

I have a hard time believing that Prznint Stupid knows enough about anything to orchestrate this hisself. Convince me I’m wrong.

Multiple individuals listed on the permit granted by the National Park Service worked for Trump’s presidential campaign, as first reported by the Associated Press over the weekend. That raises new questions about the Trump campaign’s lack of spending transparency and the unknown extent of the event’s ties to Trump aides.

The permit lists the rally’s “VIP Lead” as Maggie Mulvaney, a niece of former top Trump aide Mick Mulvaney, who quit his position as Trump’s special envoy to Northern Ireland after the Jan. 6 events. Maggie Mulvaney’s LinkedIn profile shows her current position as the Trump campaign’s director of finance operations and manager of external affairs. Trump’s 2020 campaign paid her at least $138,000 through November 2020.

The article goes on to list many aids and hanger-ons and what they were paid, some we’ve heard of before and others new (to me, anyway):

And then OpenSecrets starts listing all the shell companies.

What becomes clear is that there are a lot of moving parts, people, and organizations that were involved in the Stupid Coup; this was not some sort of organic groundswell action.

I’m not a lawyer, but I’m guessing that paying people to organize a protest that turns into violence (let’s be generous) are likely to hold some liability for what happened, and gosh, the word conspiracy comes to mind, especially because they are not really keen to have all of this laid out in the open.

It’s worthwhile to read. I suspect we’re going to be learning more about these players in the days/weeks/months to come.

3 Responses to News That Will Drive You to Drink