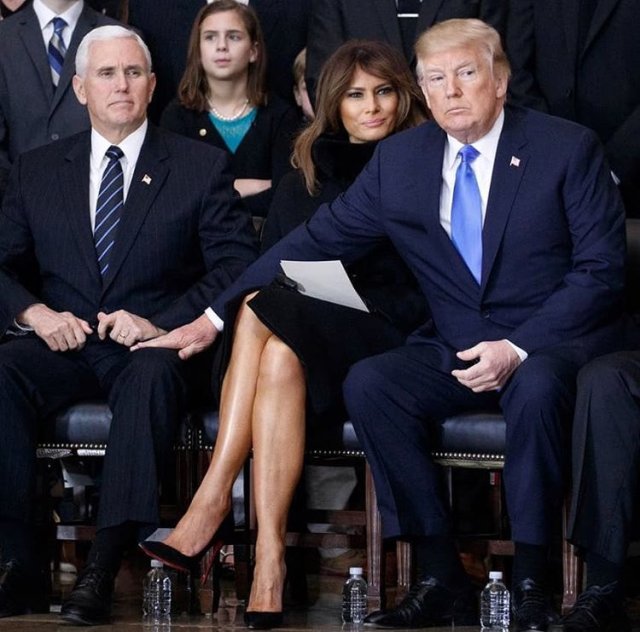 Hey, Mikey! Does your Mother know?

The WaPo tells us VP and walking termite Buffet Mike Pence was closer to becoming saw dust than we thought:

“The violent mob that stormed the U.S. Capitol on Jan. 6 came perilously close to Vice President Pence, who was not evacuated from the Senate chamber for about 14 minutes after the Capitol Police reported an initial attempted breach of the complex — enough time for the marauders to rush inside the building and approach his location.

“Secret Service officers eventually spirited Pence to a room off the Senate floor with his wife and daughter after rioters began to pour into the Capitol, many loudly denouncing the vice president as a traitor as they marched through the first floor below the Senate chamber.”

But you know, it’s cool:

I’m not a theologian, but I don’t think that Bible verse (or Byrds’ verse) is used in context and I think stuff is missing.

This entry was posted in Lord Damp Nut, The Russian Usurper, Mike Pence, the Walking Termite Buffet, The Stupid Coup. Bookmark the permalink.