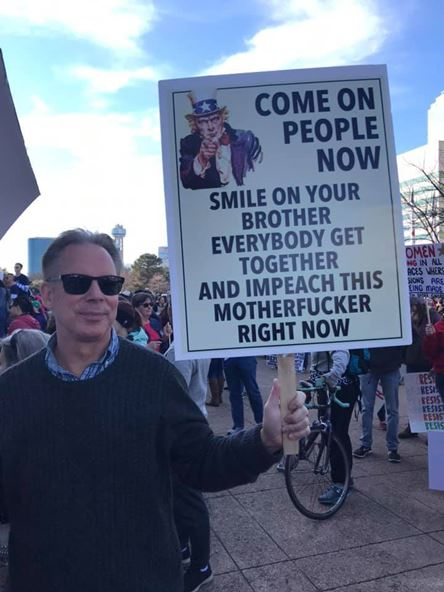 We made history and impeached the mother eff’er! Twice! The vote was 232 to 197 with four members not voting, which means at least 10 Republicans crossed the aisle, making it the most bi-partisan impeachment in US History!

Rep Jim Jordan said the he was not surprised by the number of Republicans who voted to impeach Trump, but was hoping it would be less.

“It’s about where I thought it might be,” Jordan said walking off the floor. “I was hoping it would be less.”

Asked if he still considers Trump to be a leader of the Republican party even though he has now been impeached twice, Jordan said, “of course.”

“Da Godfather is still da boss,” Jordan didn’t say. “Is that thing on?”

“His support is strong because the American people appreciate that over the last four years he did more of what he said he would do than any President in my life,” Jordan said.

Asked if the 10 Republicans who voted with Democrats to impeach Trump would face primaries Jordan said, “I don’t know that.”

And perhaps my favorite reaction:

The 197 @GOP house members who couldn't find it in themselves to impeach Trump for literally sending people to kill them. pic.twitter.com/7vcTp3bGaY