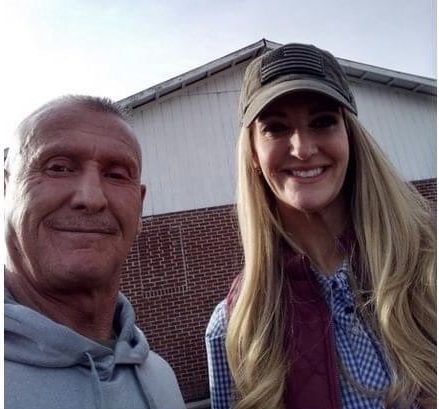 “Sen. Kelly Loeffler (R-GA) straight-up admitted on Sunday morning that she was outright refusing to give a direct answer when pressed to reveal whether she would have voted to override President Donald Trump’s veto of the most recent National Defense Authorization Act...

“…The president had refused to sign the NDAA because it contained provisions to strip the names of bases named for Confederate generals and didn’t include a repeal of Section 230, a law providing immunity to social media companies for posting third-party content.”

Loeffler and her fellow grifter David Perdue were off campaigning and so were not present to vote. Perdue is in quarantine (allegedly) and so not even campaigning. The pair have lashed themselves to Lord Damp Nut, and while I’m sure neither of ’em gives two merdes about Section 230, Loeffler at least seems to be sympathetic to The Lost Cause.

Another interesting observation about Loeffler from this morning’s email thingie from Politico:

The must-read story of the day on Georgia comes from our own Marc Caputo and Maya King, who tackle this sensitive topic: how a Black man runs against a white woman in the Deep South, under the headline “Why Warnock talks puppies instead of race.” One quote from the piece: “It’s very hard for a Black man to be aggressive or even just respond in kind to a white female because if you do, they’re gonna call you ghetto.” (Editor’s note from a biased editor on the story: You really should check this one out. It surfaces a difficult-to-discuss subplot of the runoffs with aplomb.)

There’s all sorts of Gone With The Wind dynamics there.

2 Responses to Loeffler Declines To State Position, As Usual