Some Stupid for Breakfast? 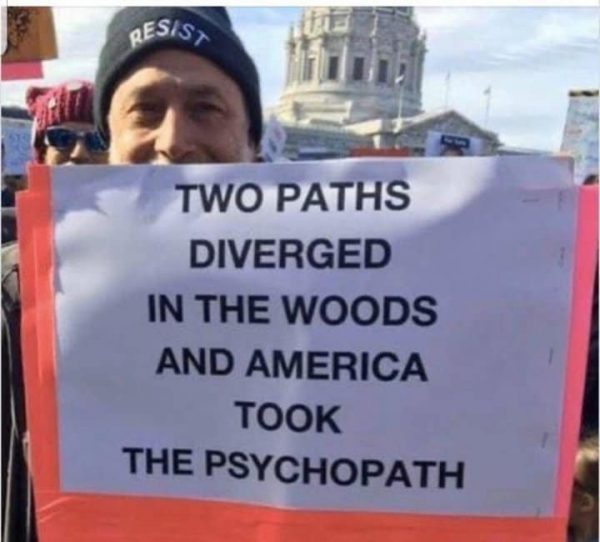 As you might have heard, last night Prznint Stupid opined that he wanted the direct payments to Wee the Peeple to be $2K Ameros, and it has set The GOP on fire! Tiger Beat on the Potomac (thanks Charlie!) morning email thingie:

IF YOU WEREN’T PAYING ATTENTION, TRUMP released a quite bizarre video Tuesday night, in which he suggested he was unhappy with the Covid relief/government funding deal. He spent much of the video decrying the foreign spending in the bill, suggesting that it shouldn’t be in a coronavirus package. Of course, the foreign spending wasn’t part of the relief package itself, but rather part of a government funding bill it was twinned with to ease passage in the Senate.

SOURCES TELL US that TRUMP was angry at that foreign spending — even though he’s signed similar spending countless times. He also seemed pumped to one-up Congress on the direct payments portion. He said he wanted $2,000 checks, and Congress had only approved $600 checks.

THE THINKING IN THE WHITE HOUSE — if there is any at all — seems to also be that TRUMP is eager to show that he’s more generous than Congress, and wants to put more money in the pockets of everyday Americans. They think it’s never wrong to go against the Hill, and act like the outsider that he thinks himself to be. Plus, he puts everyone in a jam and redirects the attention back his way.

OF COURSE, he also makes a complete fool of Washington’s Most Eager Man, Treasury Secretary STEVEN MNUCHIN, and the rest of his administration as a result. The $600 check was partially their idea! Don’t be fooled here, the White House was wishy washy on what size check they could accept, and they eventually settled on $600.

Republicans repeatedly refused to say what amount the President wanted for direct checks. At last, the President has agreed to $2,000 — Democrats are ready to bring this to the Floor this week by unanimous consent. Let’s do it! https://t.co/Th4sztrpLV

AND THERE IS PRACTICALLY NO WAY this will get consent in the Senate. But TRUMP doesn’t really seem to give a hoot whether he divides Senate Republicans on his way out the door.

Next, we climb into the wayback machine to, uh, the day before Prznint Stupid pulled his stunt and we find an example of a loyal lap dog he just torched:

And of course, Schrödinger’s Senator also voted for the $1T Ameros deficit-busting tax cuts, but you know, maths.

AND WHAT ABOUT GOP Sens. DAVID PERDUE and KELLY LOEFFLER,who have been touting the bill in Georgia? Where does this leave them?

This is going to be a fun story seeing how Trump sic’s his base on his own party.

This entry was posted in Lord Damp Nut, The Russian Usurper, snark, Wingnuttia. Bookmark the permalink.

3 Responses to Some Stupid for Breakfast?