The Miracle of the Trump Economy 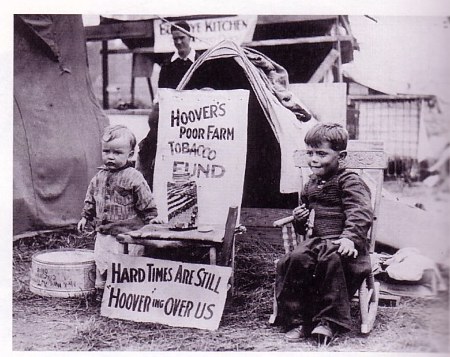 Hoovervilles are the new Trump Towers

CNN tells us that Prznint Stupid ran the country like one of his own bidnesses:

Trump will leave office with a historically bad economic record

“But another set of numbers adds insult to his psychological injury. They show that — notwithstanding lies as promiscuous as the ones he tells about election fraud — Trump will leave office in January with a historically bad record on the economy…

“…Alone among the 13 presidents since World War Two, Trump will exit the White House with fewer Americans employed than when he started. He will have overseen punier growth in economic output than any of the previous 12 presidents.”

You don’t need a MBA from Wharton to see what a miserable failure Lord Damp Nut has been, you just need to walk down any Main Street and count the number of shops that are closed from the Trump-Virus Pandemic that he mishandled because he is too stupid to see the economy as anything other than stock prices.

This entry was posted in 2020 Goat Rodeo, The Miracle of the Trump Economy. Bookmark the permalink.

13 Responses to The Miracle of the Trump Economy