One Lump of Stupid, or Two? 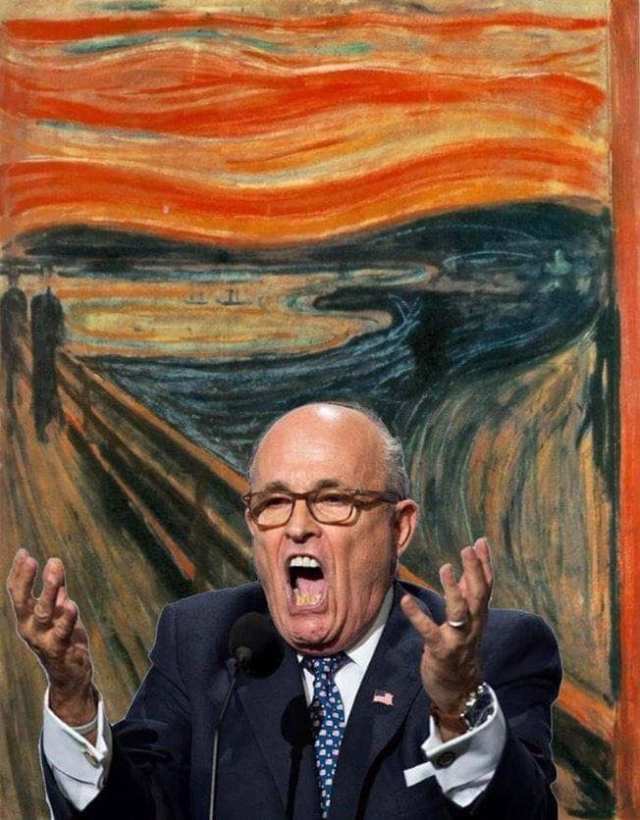 Update from U.S. district court in Williamsport, Pa., one of the Trump campaign's last stands:

GIULIANI: “I’m not sure what 'opacity' means. It probably means you can see.”

JUDGE BRANN: “It means you can’t.”

That $20K Amereos/day* is really paying off:

The judge is asking questions as though he is talking to a competent lawyer. He is not. https://t.co/rq38KrvDNF

On Tuesday, Giuliani tried a new venue — federal court in Pennsylvania. Although the former New York City mayor has served as the president’s personal lawyer for years, it was his first appearance on Trump’s behalf before a judge. It didn’t go well.

In an episode emblematic of Trump’s faltering legal effort to overturn the election result, Giuliani argued without evidence that there was a massive conspiracy behind Biden’s victory, even though there were no such allegations in the Trump campaign’s actual lawsuit.

“It’s a widespread, nationwide voter fraud,” Giuliani said. But under questioning from a U.S. district judge, Giuliani admitted, “This is not a fraud case.”

*“Reached by phone, Mr. Giuliani strenuously denied requesting that much. ‘I never asked for $20,000,’ said Mr. Giuliani, saying the president volunteered to make sure he was paid after the cases concluded. ‘The arrangement is, we’ll work it out at the end.’ He added that whoever had said he made the $20,000-a-day request ‘is a liar, a complete liar.’” — a fool for a client and a fool for counsel.

This entry was posted in 2020 Goat Rodeo, Wrong-Again Rudy. Bookmark the permalink.

11 Responses to One Lump of Stupid, or Two?