Trump-Virus In the News: We’re Losing 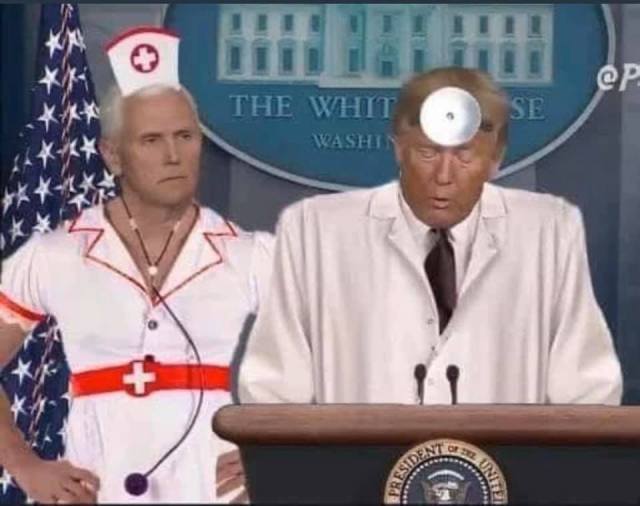 Tiger Beat on the Potomac (thanks Charlie!) email thingie gives us the shocking news:

THE CORONAVIRUS IS RAGING … 10.7 MILLION Americans have tested positive for the coronavirus … 244,366 have died. THE TRENDLINE is bad. Really bad. The U.S. reported more than 100,000 new cases per day over the past 10 days. And the number of newly reported coronavirus infections hit another record Friday, increasing 20 percent from just a day earlier.

“For weeks, as coronavirus cases spiked across the United States, deaths rose far more slowly, staying significantly lower than in the early, deadliest weeks of the nation’s outbreak in the spring. New treatments, many hoped, might slow a new wave of funerals.”

“But now, signs are shifting: More than 1,000 Americans are dying of the coronavirus every day on average, a 50 percent increase in the last month. Iowa, Minnesota, New Mexico, Tennessee and Wisconsin have recorded more deaths over the last seven days than in any other week of the pandemic. Twice this past week, there have been more than 1,400 deaths reported in a single day.”

The news was so bad, Lord Damp Nut nearly admitted he lost the election:

“For a moment Friday, President Trump seemed to acknowledge — however fleetingly — the reality of his electoral defeat. Offering an update on coronavirus vaccine progress from the Rose Garden late Friday afternoon, the president first asserted that ‘this administration will not be going to a lockdown.’ But then he faltered. ‘Hopefully the — the,’ Trump said, seeming poised to blurt out what has long been unthinkable to him: the Biden administration.

“‘Whatever happens in the future,’ he continued, muscling ahead. ‘Who knows, which administration it will be — I guess time will tell — but I can tell you this administration will not go to a lockdown.’ … Friday’s news conference marked Trump’s first public comments after a full week of near-hibernation — and the first faint public hint that he understands his time in the White House is waning.”

But, maybe Handsome Joe Biden’s Administration might consider a nation-wide lock down?

“Joe Biden faces a decision unlike any other incoming president: whether to back a short-term national lockdown to finally arrest a raging pandemic. For now, it’s a question the president-elect would prefer to avoid. In the week since he defeated President Donald Trump, Biden has devoted most of his public remarks to encouraging Americans to wear a mask and view the coronavirus as a threat that has no regard for political ideology.

“But the debate has been livelier among members of the coronavirus advisory board Biden announced this week. One member, Dr. Michael Osterholm, suggested a four- to six-week lockdown with financial aid for Americans whose livelihoods would be affected. He later walked back his remarks and was rebutted by two other members of the panel who said a widespread lockdown shouldn’t be under consideration.”

In the Peoples Republic of Seattle, yesterday we had nearly 800 new cases. The demographics of it were alarming as by age, the Millennials were by far the leading group in the county.

“I will not be president until next year. The crisis does not respect dates on the calendar, it is accelerating right now. Urgent action is needed today, now, by the current administration — starting with an acknowledgment of how serious the current situation is.”

7 Responses to Trump-Virus In the News: We’re Losing