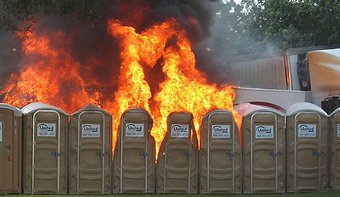 Exciting News From the Whitey House!

If we’ve learned anything from 2020, it’s that pointing a camera at a Mango-hued Shitgibbon for 90 minutes is maybe the most damaging thing anyone can do to his campaign.

UPDATE – thanks for the reminder, Scissorhead SOS:

If you want to kick Lord Damp’s Nuts, tune into NBC at the top of the hour and then switch channels to ABC. The networks do see the drop-off rate (in near real time – remember NBC is owned by Comcast and those set-top boxes tell them everything) and it will add just the right amount of steel-toe to your kick. NBC needs to be reminded that The Apprentice was cancelled for a reason.

This entry was posted in 2020 Goat Rodeo, Our Failed Political Press. Bookmark the permalink.