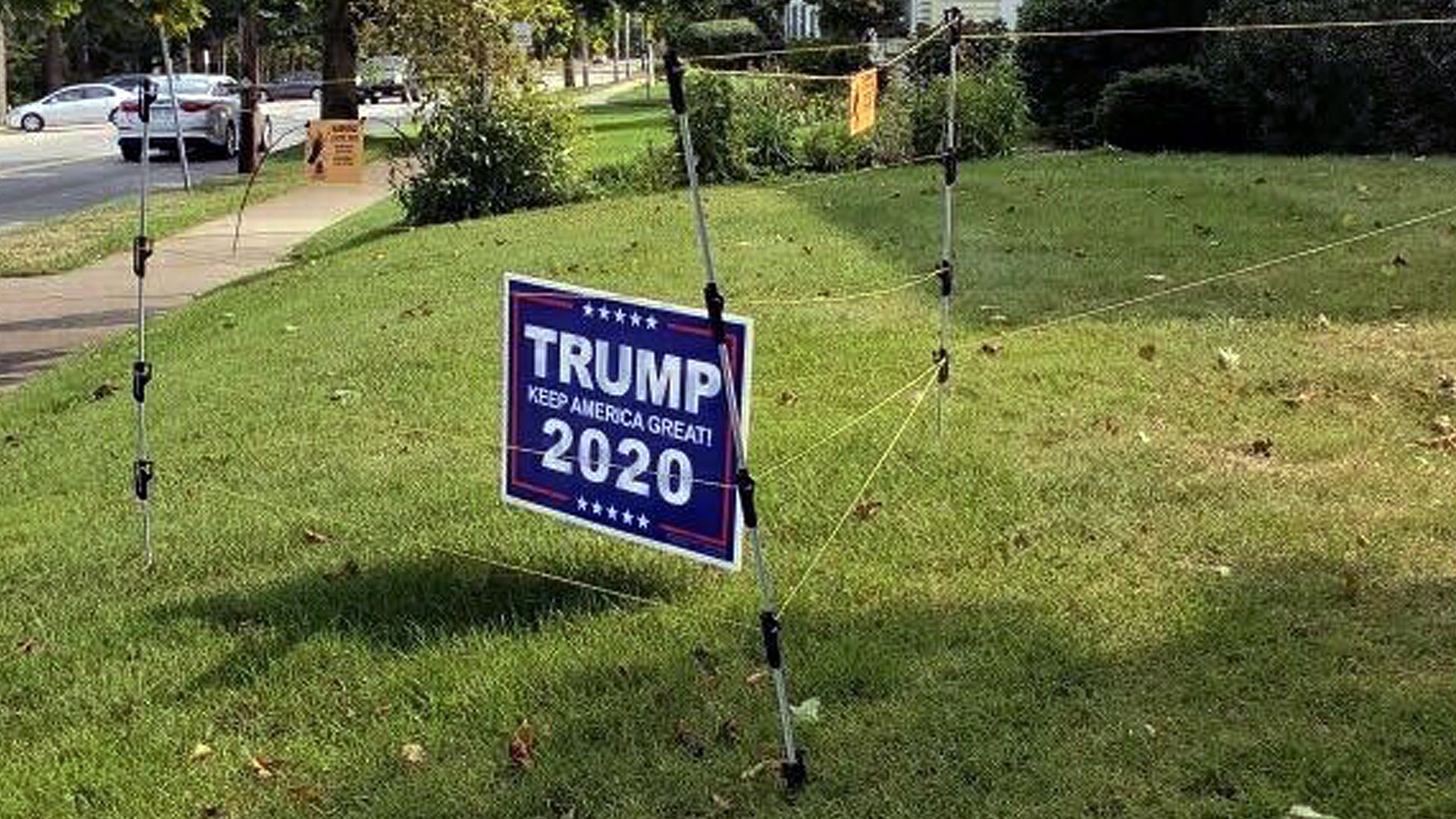 Axios’ afternoon email thingie tells us that campaign lawn signs are being stolen all over Possum Hollar!

“Sign-stealing ramps up every four years ahead of presidential elections. This time around, many more people have home cameras,” The Wall Street Journal’s Madeleine Ngo reports.

And in case you are wondering if Possum Hollar was always the victim: