From the Department of No D’uh 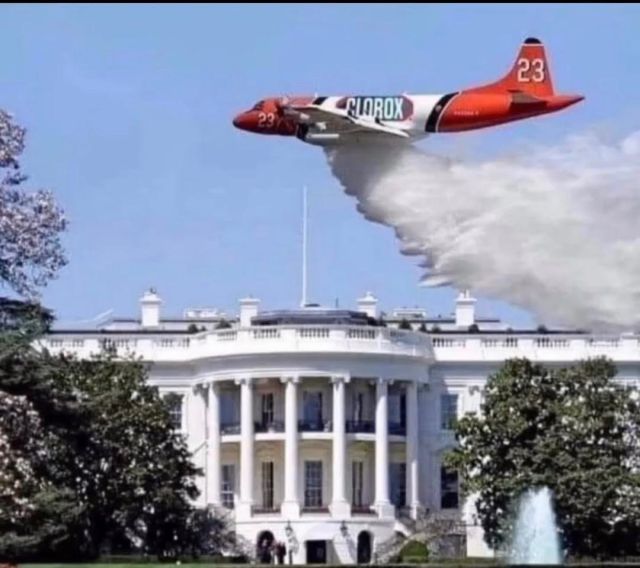 “The medical staff has traced the White House cases to the Sept. 26 Rose Garden ceremony for Trump to announce Amy Coney Barrett as his pick to fill a Supreme Court vacancy.”

“An event on Sept. 26 in the Rose Garden, after which a number of officials including President Trump tested positive for the virus, violated the city’s mandates limiting the size of gatherings and requiring masks. Because the White House is on federal property, however, it is exempt from such rules. Guests at the event may well have ventured into the city, but the White House has refused to comply with a municipal request for help with contact tracing. The city had its highest number of positive cases on Monday — 105 — since June, though city officials say it would take several days to determine any trend.”

“At least one testing site in Washington reported that those seeking a test doubled to 600 on Monday as residents responded with concern to the cases stemming from the White House and Capitol Hill.”

White House officials believe POTUS was infected at the event for Judge Barrett on Saturday Sept 26. They will not say when POTUS last tested negative, raising questions as to whether he was tested at all between infection and the debate Tuesday Sept 29. This is important. @shearm believes he got infected Sept 26 either at the WH (required to go to get a COVID test bc he was traveling with the POTUS) or on Air Force One with POTUS the night of Sat. Sept 26.

The next day, Sunday Sept 27, POTUS briefed reporters in the Briefing Room and hosted Gold Star families in an event *with no masks or social distancing required.*

Did he test negative before meeting these families?

A Coast Guard admiral who attended that Gold Star Family event tested positive the next day.

The White House did not initiate contact with the Gold Star families to let them know of the infection, the Washington Post reports.

And then of course the president flew to Ohio to debate Joe Biden on Tuesday September 29.

Gov DeWine says the WH did not contact him to alert him POTUS had tested positive or to coordinate contact tracing of Ohioans put at risk of infection.

And again: when did the president last test negative?

That’s information the Biden campaign, the CPD, Ohioans and others have a right to know.

The president flew to Minnesota Sept 30 — did he test negative that day? WH won’t say.

The White House refuses to answer as to when the president last tested negative. This isn’t just an issue of the public’s right to know, it’s also a public health issue given that the president is contagious. What possible justification is there for not sharing this info?

That is not an acceptable answer. The White House needs to say, on the record, when POTUS last tested negative.

3 Responses to From the Department of No D’uh