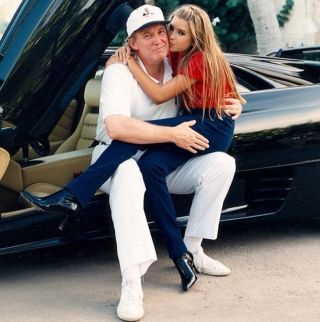 “In [2016 Trump deputy campaign manager Rick Gates] telling, Trump’s suggestion of naming to the ticket his then-34-year-old daughter — a fashion and real estate executive who had never held elected office — was no passing fancy.”

“Instead, he brought up the idea repeatedly over the following weeks, trying to sell his campaign staff on the idea, insisting she would be embraced by the Republican base, Gates writes.”

And as long as we’re talkin’ ’bout The First Shady…