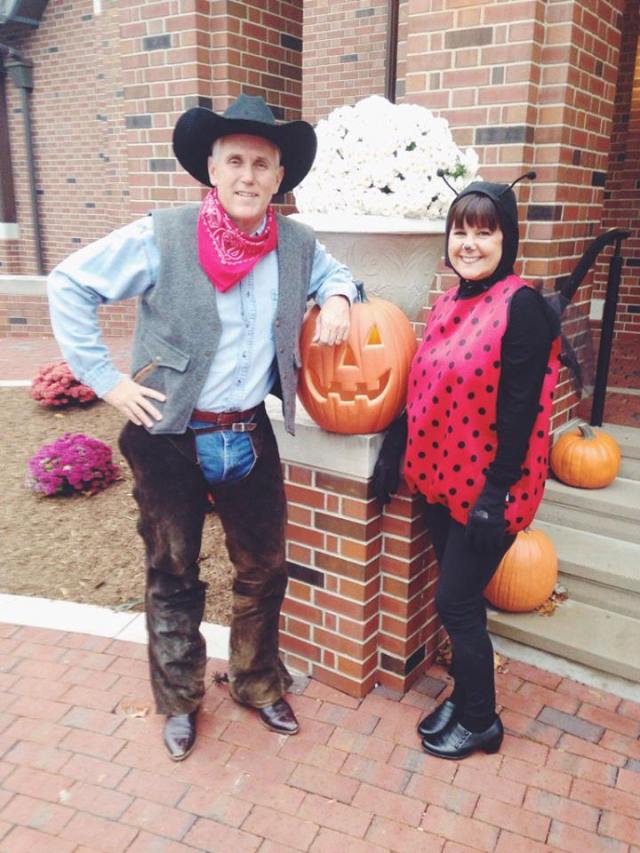 Mike and Mother Pence Cosplay the Cowboy and the Lady Bug — HAWT!

WASHINGTON — Vice President Mike Pence and top officials from President Donald Trump’s campaign are slated to attend a Montana fundraiser next week hosted by a couple who have expressed support for the QAnon conspiracy theory, according to an event invitation obtained by The Associated Press and a review of social media postings.

The hosts of the fundraiser, Caryn and Michael Borland, have shared QAnon memes and retweeted posts from QAnon accounts, their social media activity shows. The baseless conspiracy theory posits that Trump is fighting entrenched enemies in the government and also involves satanism and child sex trafficking.

Anything for a buck, amirite?

While many Republicans have dismissed QAnon, the fundraiser is another sign of how the conspiracy theory is gaining a foothold in the party. Trump has hailed Georgia congressional candidate Marjorie Taylor Greene, another QAnon supporter, as a “future Republican star.” The president has refused to condemn QAnon, recently telling reporters that the conspiracy theory is “gaining in popularity” and that its supporters “like me very much.”

Representatives for Pence declined to comment on the fundraiser, though the vice president has previously called QAnon a “conspiracy theory.”

“I don’t know anything about QAnon, and I dismiss it out of hand,” he told CBS last month.

In all fairness to our Walking Termite Buffet, Mother has a baby blocker on the internet to keep li’l Mikey pure, so he probably really doesn’t know about the Q-Spiracy.

5 Responses to Today in Conspiracy Theories