The Trump Administration Really Do Want To Kill Us 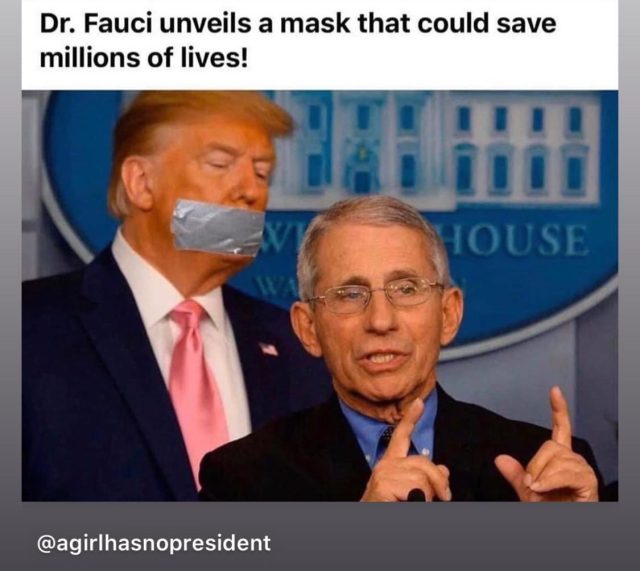 Tiger Beat on the Potomac (Thanks Charlie!):

Emails obtained by POLITICO show Paul Alexander — a senior adviser to Michael Caputo, HHS’s assistant secretary for public affairs — instructing press officers and others at the National Institutes of Health about what Fauci should say during media interviews. The Trump adviser weighed in on Fauci’s planned responses to outlets including Bloomberg News, BuzzFeed, Huffington Post and the science journal Cell.

“Alexander’s lengthy messages, some sent as recently as this week, are couched as scientific arguments. But they often contradict mainstream science while promoting political positions taken by the Trump administration on hot-button issues ranging from the use of convalescent plasma to school reopening. The emails add to evidence that the White House, and Trump appointees within HHS, are pushing health agencies to promote a political message instead of a scientific one.”

“I continue to have an issue with kids getting tested and repeatedly and even university students in a widespread manner…and I disagree with Dr. Fauci on this. Vehemently,” Alexander wrote in one Aug. 27 email, responding to a press-office summary of what Fauci intended to tell a Bloomberg reporter.

And on Tuesday, Alexander told Fauci’s press team that the scientist should not promote mask-wearing by children during an MSNBC interview.

It’s bad enough that our Liar-in-Chief is trying to kill us all, but that there’s a plan to have all the public-facing medical people lie to us, too.

Fauci is a public servant, and he’s clearly staying in the battle (when he could be comfortably retired) because he feels a duty and responsibility. This puts Dr. Fauci in the unenviable position of being honest or being replaced by someone who will tell the official lies.