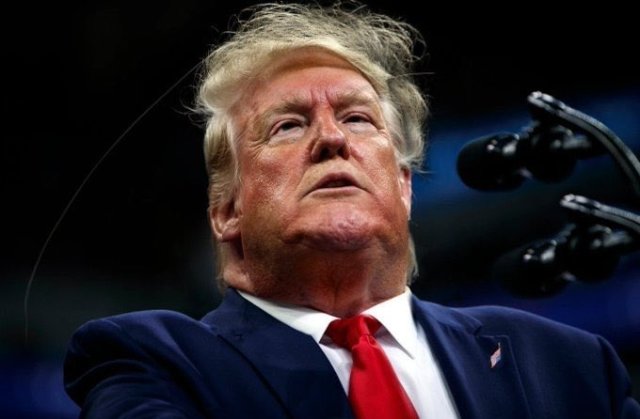 WASHINGTON — President Donald Trump suggested that people in North Carolina should vote twice in the November election, once by mail and once in person, escalating his attempts to cast confusion and doubt on the validity of the results.

“If it’s as good as they say it is, then obviously they won’t be able to vote. If it isn’t tabulated, they’ll be able to vote. So that’s the way it is. And that’s what they should do,” he said.

It is illegal to vote more than once in an election.

If any of them do as Lord Damp Nut suggests, isn’t that then a conspiracy to commit voter fraud? Asking for a friend.

Who knew? It turns out that urging North Carolina to vote twice — once by absentee ballot and once in person — is actually a Class I felony in the state.

This entry was posted in 2020 Goat Rodeo, Get Out The Vote, Lord Damp Nut, The Russian Usurper, voting. Bookmark the permalink.