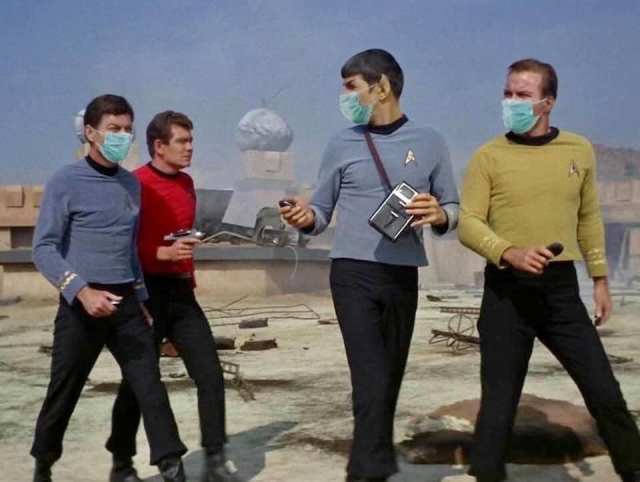 Tiger Beat on the Potomac (Thanks Charlie!) morning email thingie begins with the hall gossip monitors briefing us on the state of the Trump-Virus relief legislation (enigmatic formatting is theirs):

TREASURY SECRETARY STEVEN MNUCHIN — who initially predicted a Covid deal would pass two weeks ago — told reporters Tuesday evening that if there were a deal to be had on Covid relief, it would have to be reached by Friday.

The Worst Bond Villain Ever still doesn’t know who his allies are, eh?

WE ARE NOT GOING TO TRY TO PASS JUDGMENT whether that’s possible, but we’re going to lay out here where the two sides have made concessions, what’s left to be figured out in the next 72 hours and what both sides said in a closed-door meeting in Speaker NANCY PELOSI’S office Tuesday. Along with JOHN BRESNAHAN, we worked sources Tuesday night to figure out exactly went on in that room with MNUCHIN, PELOSI, Senate Minority Leader CHUCK SCHUMER and White House COS MARK MEADOWS as they try to cobble together a $1 trillion-plus Covid relief package.

See why I call them the Hall Monitor gossips? But I digest. Please continue.

THE REPUBLICAN CONCESSIONS, made by the GOP negotiating team, MNUCHIN and MEADOWS: Enhanced unemployment insurance:An additional $400 per week until Dec. 15 (their initial offer was an extra $600 per week for a week) … Eviction moratorium:extended through Dec. 15 … State and local: $200 billion (up from “flexibility.” Dems say the GOP only offered $150 billion).

Good idea: evict them at Christmas. I’m telling you, the GOP would arm wrestle each other to see who gets to take away the crutches from Tiny Tim.

THE DEM CONCESSIONS: Their USPS ask went from $25 billion to $10 billion — subject to a meeting today with the postmaster general that MNUCHIN, MEADOWS, PELOSI and SCHUMER will have. REPUBLICANS are not happy with the concessions Dems made, saying their gives were far more generous.

BUT THERE ARE A TON OF OUTSTANDING ISSUES where the two parties are pretty far apart. Here’s what the two sides discussed, with details from PELOSI’S suite:

— ENHANCED UNEMPLOYMENT BENEFITS: The Republicans hold that this offer — $400 per week until Dec. 15 — is a big move on their behalf. Democrats are holding at $600 per week — and are trying to capitalize on Senate Majority Leader MITCH MCCONNELL suggesting that Republicans might agree to a $600-per-week UI plan. Republicans also want to include the return-to-work credit. They tabled this conversation, noting they were too far apart.

PELOSI said in the meeting: “I’m not going to tell single moms: ‘Good news! The pandemic continues and we cut your benefit.’”

— ELECTIONS: There is significant disagreement here. Republicans believe that Democrats are trying to fund a massive mail-in ballot program, but, as SCHUMER reminded the room, it is up to each state to decide how the money is spent.

And we should note that Republicans are not sold on State Rights, this is a ground-shift in their generational con.

ONE FUNNY MOMENT: MNUCHIN noted that he wasn’t an electoral ballot expert, and PELOSI said: “Well, it’s good you admit you don’t know what you’re talking about.”

And then it goes into issue-by-issue minutia, and if you have a particular bug-bear, I’d go there to read it. Here’s what they say on USPS:

— POSTAL: They mostly tabled this pending their conversation with the postmaster general today. SCHUMER passed MNUCHIN printed copies of 10 articles from around the country showing postal delays in order to press his case — including a Philadelphia Inquirer story that showed how people have gone three weeks without deliveries, leaving them without medicine and other essential goods, and a WaPo story about how Michiganders hadn’t received their absentee or mail ballot before the Tuesday primary.

DEMOCRATS DID GO DOWN TO $10 BILLION from $25 billion here, and MNUCHIN and MEADOWS said they’d look at their proposal.

Here’s the thing to note for today:

THE NEGOTIATORS are meeting with the postmaster general at 3:30 p.m., and when he leaves, they’ll continue to negotiate.

So don’t expect any news on USPS probably until tomorrow.

This entry was posted in Pandemics, Wingnuttia. Bookmark the permalink.