The Miracle of the Trump Economy: We’re Eff’ed In the Dark Again 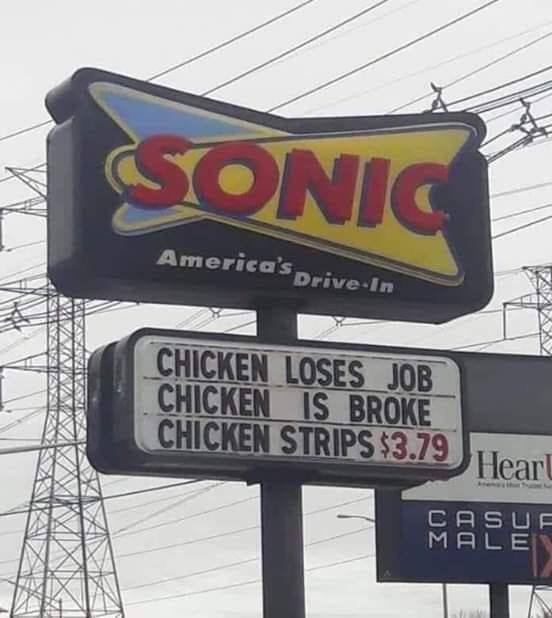 They say for every light on Broadway there is a broken heart, an unrealized dream…

Well, we’re totally eff’ed in the dark, again (Axios, emboldening and enigmatic bullets are theirs):

The U.S. economy shrank at an annualized 32.9% rate in the second quarter — the worst-ever contraction on records that date back to 1947, the government said on Thursday…

The big picture: The GDP report puts a number on the unprecedented damage we saw playing out in real-time from April to June: millions of jobs lost, tens of thousands of shuttered businesses and a record halt in activity.

Worth noting: U.S. government data always “annualizes” the quarterly GDP figures — meaning the number assumes the pace the economy grew or shrunk last quarter will continue over the year.

The bottom line: Any way you slice it, it’s an ugly, historic economic contraction.

Axios also has one of the most staggering graphs I’ve ever seen: 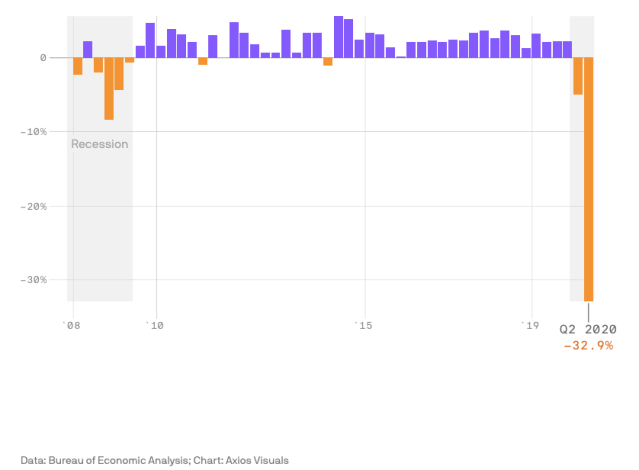 In light of all of this, I’m going to be interested in seeing how the Republicans, and specifically amply be-chinned #MoscowMitch try to avoid paying additional unemployment insurance, etc. Should be quite a show.

This entry was posted in Amply Be-Chinned #MoscowMitch McConnell, The Miracle of the Trump Economy. Bookmark the permalink.

11 Responses to The Miracle of the Trump Economy: We’re Eff’ed In the Dark Again