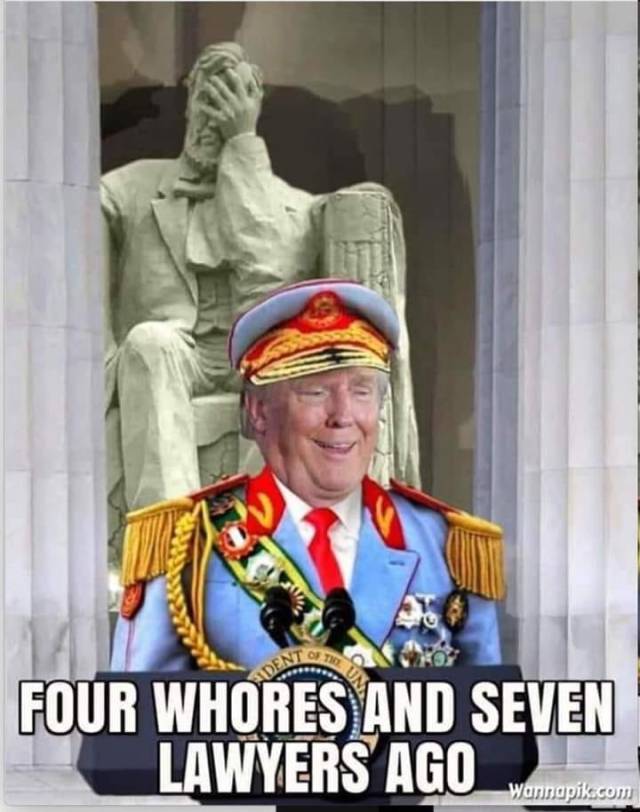 The 4th Reich continues to beat the crap outta of more good troublemakers:

“President Trump plans to deploy federal law enforcement to Chicago and threatened on Monday to send agents to other major cities — all controlled by Democrats.

“Governors and other officials reacted angrily to the president’s move, calling it an election-year ploy as they squared off over crime, civil liberties and local control that has spread from Portland, Ore., across the country.

“With camouflage-clad agents already sweeping through the streets of Portland, more units were poised to head to Chicago, and Mr. Trump suggested that he would follow suit in New York, Philadelphia, Detroit and other urban centers. Governors and other officials compared his actions to authoritarianism and vowed to pursue legislation or lawsuits to stop him.”

Unidentified federal soldiers of some kind continue to attack peaceful protesters with tear gas, batons, and less-lethal ammunition (whatever that is), and throw people into unmarked vans, for a Pinochet-style Uber ride that Wee the Peeple are paying for.

These same unidentified federal agents gassed a group of moms(!) who had formed a linked-arm barricade around protesters, and were filmed beating a Navy veteran who was left with broken bones.

Our pals over at the essential  Electoral Vote blog have an interesting take:

“What’s happening in Portland has generated pushback and outrage from pretty much everyone who does not own a MAGA hat. If you need us to tell you what’s coming next, well, you haven’t been paying attention for the last three years. Given the “success” of the efforts in Portland, Chicago is now on deck. And Trump said on Monday that he expects Philadelphia and New York City will cracked down upon soon thereafter.

“There are some folks in the media who are rushing to call this “martial law” (see here, here, and here for examples). And it is understandable why folks might reach that conclusion, as giving soldiers/police near-unfettered power, and denying private citizens their constitutional rights (like the writ of habeas corpus) are pretty much the hallmarks of martial law. However, actual martial law requires vastly more manpower than the administration is deploying. A couple of hundred officers/soliders can certainly do a lot of damage, but they are not going to put the city of Chicago (population 2.7 million) under their thumb.

“What this really looks like, at least to us, is martial law kabuki theater. The White House wants to do just enough to communicate a “law and order” posture to the base, but not so much that there is a serious backlash, or that Republicans in Congress start to get skittish. In that way, it’s very much like the 40-mile border “wall” that Trump has built: just enough for the photo-op and some presidential bragging, but that’s it. It’s reprehensible, of course (forgive the editorializing), but the silver lining is that it is not nearly as bad as it could be.”

“It’s only a flesh wound”

Cold comfort to those people who have been hurt, but I think that their essential point is accurate. We still need to stop this cold and ensure that it never happens again. Keep calling your representatives and demand action.

The only way that this stops is if we make it stop.