The Laddie Doth Protest Too Much 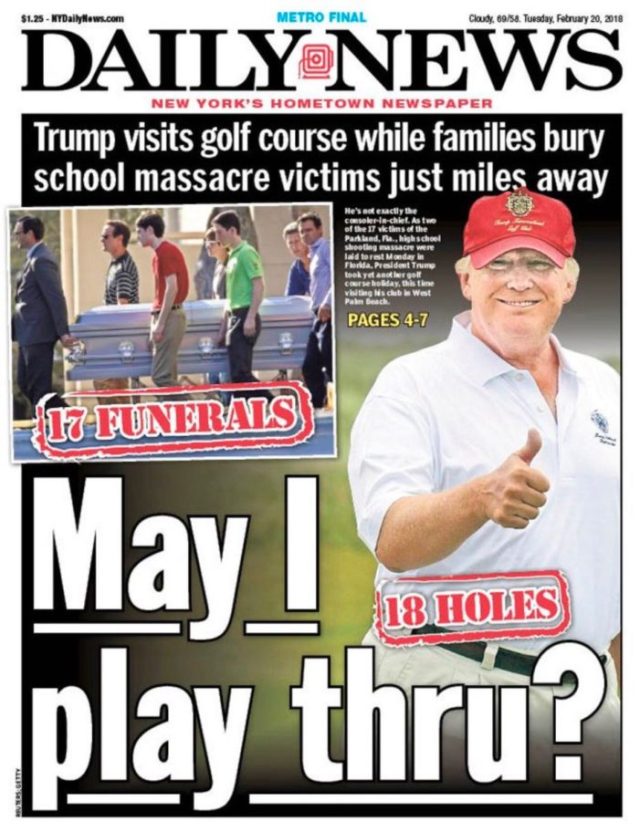 Here we go again, he’s justifying his own golf habit (at least weekly) by saying that the Black President played more and longer:

I know many in business and politics that work out endlessly, in some cases to a point of exhaustion. It is their number one passion in life, but nobody complains. My “exercise” is playing, almost never during the week, a quick round of golf. Obama played more and much longer….

…rounds, no problem. When I play, Fake News CNN, and others, park themselves anywhere they can to get a picture, then scream “President Trump is playing golf.” Actually, I play VERY fast, get a lot of work done on the golf course, and also get a “tiny” bit of exercise. Not bad!

And now for a fact check:

Trump’s “very fast” round of golf yesterday lasted about four hours, amounting to his 276th visit to one of his golf clubs during his presidency https://t.co/h0jVjwr7qa

Prznint Stupid has played a lot more golf than Obama.

This entry was posted in Lord Damp Nut, The Russian Usurper, snark, The Kenyan Usurper. Bookmark the permalink.

12 Responses to The Laddie Doth Protest Too Much