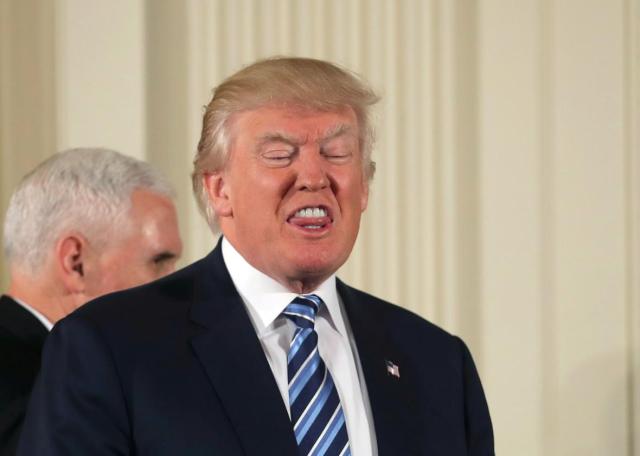 Prznint Stupid expains to Thumbhead, er, Hannity his vision for a second term:

“I always say talent is more important than experience … I was in Washington I think 17 times, all of a sudden I’m the president … You don’t have to drop bombs on everybody.”

Compelling reasoning, cogently stated! Thanks for clearing that up.

5 Responses to Why He’s Running