Bill Barr: How To Obstruct Justice Without Really Trying 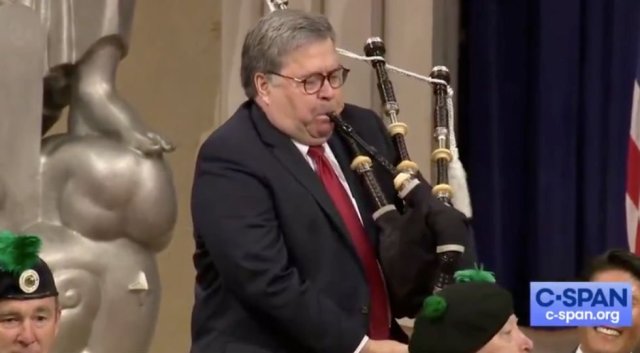 You guys, Bill Barr tried his hand at You’re Fired’ing someone, and eff’ed it up:

“I learned in a press release from the Attorney General tonight that I was ‘stepping down’ as United States Attorney. I have not resigned, and have no intention of resigning, my position" pic.twitter.com/L6PQCF9bdU

Berman, as you might recall, is investigating Lord Damp Nut’s second-stupidest lawyer Wrong-Again Rudy Giuliani who is clearly in violation of the Logan Act for negotiating the quid-pro-quo details of that perfect phone call that ended up impeaching The Russian Usurper. I guess Barr was hoping that Prznint Stupid’s 3-ring Covid Super-Spreader Circus in Tulsa would bury this news, but Berman ain’t going nowhere. In fact, he cannot, as he states.

So who would replace Berman, what’s the plan?

Jay Clayton, appointed by Trump as chair of the Securities and Exchange Commission in 2017, would be nominated as Berman’s replacement as U.S. Attorney for the Southern District of New York, with District of New Jersey U.S. Attorney Craig Carpenito moving across the Hudson River to serve as the acting SDNY U.S. Attorney “effective July 3.” Barr said that “Craig will work closely with the outgoing United States Attorney to ensure a smooth transition.”

The move stunned officials and trial attorneys inside Main Justice, as the Department’s Washington, D.C. headquarters is known. Two individuals in the Department’s Civil Division confirmed to The Daily Beast that Berman had been offered and declined the chance to run the division, where assistant Attorney General Jody Hunt had abruptly announced her departure this week, but declined. Barr reportedly then asked for Berman’s resignation and, when Berman didn’t offer it, the attorney general simply announced it.

One other official said the news of Berman’s apparent ouster came as a shock, as did the decision to nominate Clayton, who has no prosecutorial experience.

This might/could be/is Barr’s most blatant Obstruction of Justice, and I wonder if in an election year the House would attempt it.  It’s impossible for me to think that this gang of incompetents would destroy their careers to save the moron who would be king. Everything Trump Touched Dies, indeed.

This entry was posted in William 'Iran-Contra' Barr, Wrong-Again Rudy. Bookmark the permalink.

6 Responses to Bill Barr: How To Obstruct Justice Without Really Trying