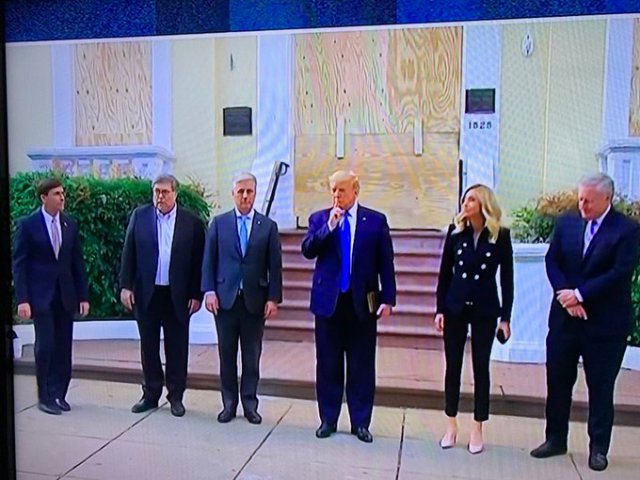 Fascists on the march!

Yesterday, Hair Füror creeped out of the safety of his bunker and announced from the Rose Garden that he is “mobilizing all available federal resources, civilian and military” to stop violent protests across the country. He accused “professional anarchists, looters, criminals, antifa and others” whose actions have “gripped” the nation.

NEWS: A Twitter account claiming to belong to a national “antifa” organization and pushing violent rhetoric related to ongoing protests has been linked to the white nationalist group Identity Evropa, according to a Twitter spokesperson. https://t.co/tvqApOJ2pV

And then Lord Damp Nut, thus having made his first public address on the protests against police brutality, had the police tear-gas (is too a vurb!) peaceful protestors in the park opposite the White House so he could walk to a boarded-up church (that he doesn’t attend)  with a Bible (that he hasn’t read) for a photo-op of him not knowing how to hold a book. 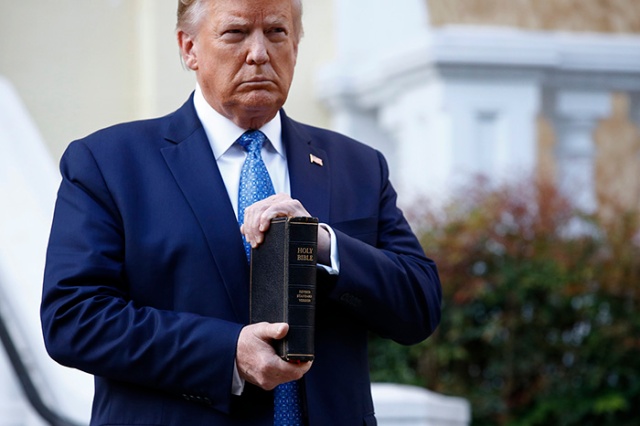 President Donald Trump holds a Bible as he visits outside St. John’s Church across Lafayette Park from the White House Monday, June 1, 2020, in Washington. Part of the church was set on fire during protests on Sunday night. (AP Photo/Patrick Semansky)

It was a jarring scene as police —in the nation’s capital— forcefully cleared the Yutes of Today gathered legally in a public park on a sunny evening, all of it on live teevee.

Which brought this reaction from the Episcopals who run the joint:

🚨NEW — CLERGY member who was at St. Johns Church says: “I AM SO [EXPLETIVE] OFFENDED”
They had NO idea President Trump was coming…
“No one knew about this stunt”
A clergy member is telling me right now that President Trump “walked on holy ground””sacrilege” #GeorgeFloyd @WUSA9

and the official version:

Bishop of Episcopal Diocese of Washington: “I don’t want President Trump speaking for St. John’s. Everything he has said and done is to enflame violence."

She called out Trump for using the church and Bible as a "prop."

Clergy were at the church all day supporting protesters. pic.twitter.com/rGclEq28rh

Not everyone in the White House was thrilled with the church photo op.

Previously in morning, Hair Füror called his boss, Vladimir Putin, during which they discussed the possibility of Russia attending the G7 summit. It’s unclear whether they discussed the protests, but the call preceded Trump’s teleconference with governors during which Trump said that Minnesota had become “a laughingstock all over the world,” and then passed on Vlad’s advice as if it were his own to the governors:

Two points about using the military on civilians:

Legal experts say the president has the authority under the Insurrection Act of 1807 to dispatch the military to states that are unable to put down an insurrection or are defying federal law, AP explains.

And the military is not happy about about being used like this.

So here’s where we are: Everything is terrible, and with an on-going pandemic and economic crisis, the lights are off in the White House, the prznint is in a bunker taking calls from Russia. Hair Füror cannot and will not unify the country because he is only beholden to Possum Hollar, so instead he’s calling for more brutality, especially since he believes it will only hurt communities of color and the damn Libs. Don’t expect the GOP to stop him, either. Sen. Tom Cotton was calling for air strikes on Minneapolis, true fact!

Lord Damp Nut is inflaming the situation and he is making the case for us: he is incompetent and must not be reelected. There’s no sitting on the fence when the fence is on fire.

If someone tells you that they still don’t know how they are gonna vote, it means that they are ashamed to be voting for him. Drop that person like a hot rock. 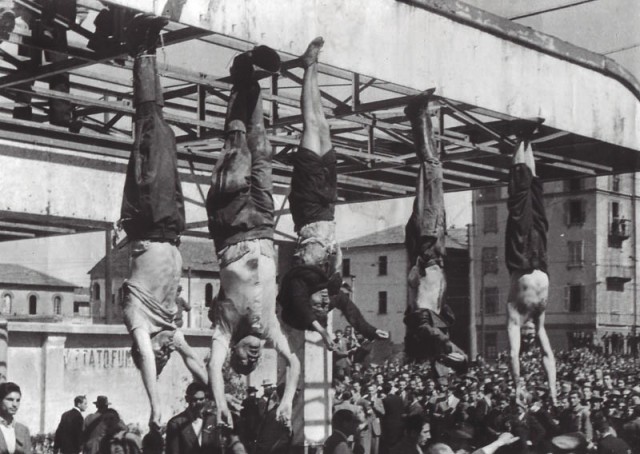 This entry was posted in Lord Damp Nut, The Russian Usurper, racism, White Punks on Dope. Bookmark the permalink.