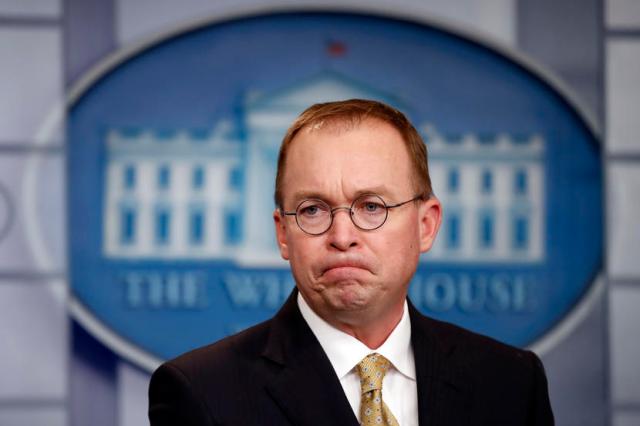 Mick Mulvaney, the acting White House chief of staff, on Friday blamed the media for exaggerating the seriousness of coronavirus because “they think this will bring down the president, that’s what this is all about.” Speaking at the Conservative Political Action Conference, an annual gathering of conservative activists, Mr. Mulvaney played down concerns about the virus that is spreading around the globe and panicking investors.

“The flu kills people,” he said. “This is not Ebola. It’s not SARS, it’s not MERS. It’s not a death sentence, it’s not the same as the Ebola crisis.”

So I guess the 3,000 people already dead are just fakin’ it?

5 Responses to The Midday Quote