Yup, Comrade Stupid’s official car, The Beast, did a lap at the Daytona 500, and then the event was cancelled because of rain, and because everything Prznint Stupid touches dies.

This: Trump campaign manager deletes dramatic Air Force One photo after people point out it’s from 2004

Here is the real picture: 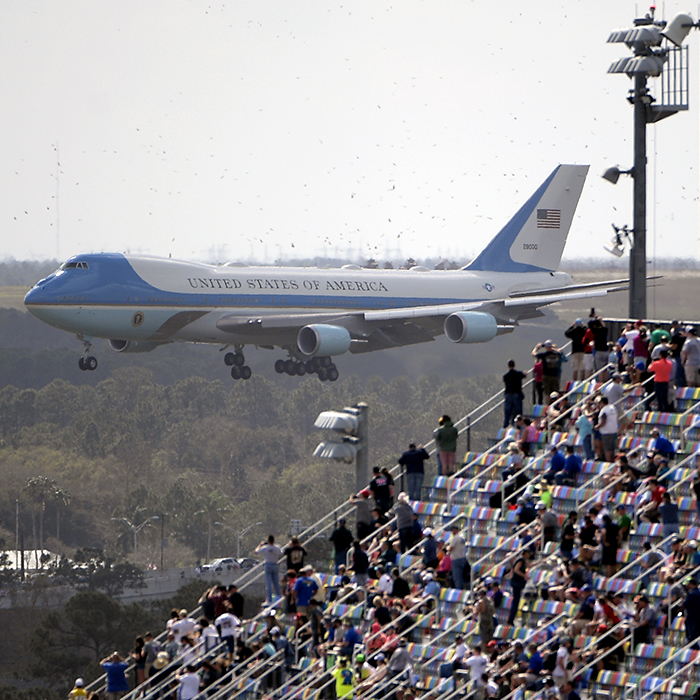 As Gawd is my waitress, it’s the inauguration parade lie all over!

22 Responses to Trump Goes To Daytona 500